Umicore to invest $1.5B for Ontario EV battery parts facility 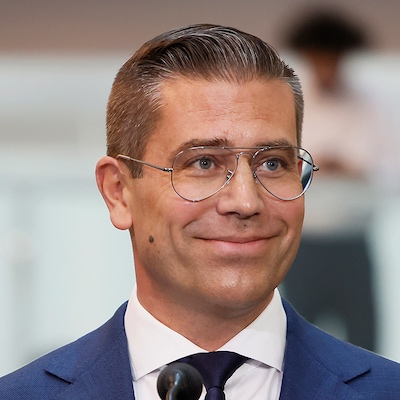 “When initiating scouting for future growth projects there are many criteria we take into account, such as trade policy, availability of green energy, availability of skilled workforce, access to critical raw materials, proximity to our customer base and a stable political climate. Canada proved to be very efficient in these elements,” Umicore told SustainableBiz in an email interview.

“We chose the location as it is in Canada’s automotive ecosystem and offers critical advantages such as access to a highly skilled workforce, key infrastructure and renewable energy. Canada and the Ontario province have all it takes for Umicore to establish a full-fledged, sustainable supply chain for battery materials, all the way from the mine right to the end-market of electric vehicles.”

The facility will be designed to operate on 100 per cent renewable energy.

The facility, which will be Umicore’s largest in Canada, will also be the first of its kind at an industrial scale to produce CAM and pCAM materials at the same location. Construction will create 1,000 jobs, while Umicore anticipates there will be hundreds in permanent positions once it is complete.

The CAM and pCAM facility

Construction is targeted to begin at the 350-acre site in 2023 with operations planned for the end of 2025. By that time, the plant will produce annual cathode material volumes sufficient to manufacture batteries for one million battery electric vehicles annually – which the company says would account for almost 20 per cent of North American EV production forecast at the end of the decade.

“Canada and Ontario have all it takes for Umicore to establish a full-fledged, sustainable supply chain for battery materials, all the way from the mine right to the end-market of electric vehicles. Once the key customer contracts are in place, this expansion in North America would complete our global rollout of regional supply chains for our automotive and battery cell customers to now three continents,” said Mathias Miedreich, CEO of Umicore, in a statement on the investment.

“Moreover, we are most grateful to the Canadian and Ontario governments for their support and for their readiness to co-fund this planned project. The facility will help Canada and Umicore in their shared objective of achieving a carbon-neutral battery supply chain.”

The federal budget for 2022 proposes $3.8 billion to develop a first-ever critical minerals strategy, which would include the Umicore facility.

Canada also has a mandate for 100 per cent of new light-duty vehicle sales to be zero-emission by 2035.

The announcement was marked by an official memorandum of understanding between the federal government and Umicore regarding the facility. Negotiations will continue concerning federal support for the project.

The company indicated further plans for North American development, telling SustainableBiz, “We announced our intention to invest in Canada and our final decision will be based on the successful finalization of ongoing contract negotiations with several customers for production in North America. The plant in Canada will be developed to cater to the needs of our customers in North America.”

Since 2020, Ontario has attracted over $11 billion in EV and EV battery investments.