A request for proposals (RFP) for the Zero Emission Vehicle Infrastructure Program (ZEVIP) has be... 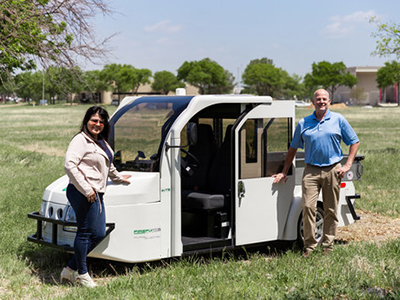 A request for proposals (RFP) for the Zero Emission Vehicle Infrastructure Program (ZEVIP) has been launched by the federal government.

Natural Resources Canada will provide funding through conditionally repayable contribution agreements of up to 50 per cent of the eligible project costs. The maximum funding, per type of infrastructure, is $5 million per project.

The aim of the program is to allow for an “expansion of zero-emission vehicle charging infrastructure and hydrogen refuelling stations in public places, on-street, multi-unit residential buildings, workplaces and vehicle fleets,” according to a release.

This RFP will close on August 11.

The government has already instituted rebates of up to $5,000 to encourage Canadians to switch to electric vehicles. It states over 136,000 Canadians and Canadian businesses have taken advantage of this rebate so far.

This year’s federal budget is investing an additional $1.7 billion to extend that purchase incentive program until March 2025 and to expand the types of eligible vehicle models, which would include more vans, trucks and SUVs. Currently, the ZEVIP is a $680-million initiative ending in 2027.

Transportation accounts for 25 per cent of Canada’s GHG emissions, with passenger cars and trucks contributing half of that total.

Canada has a goal of making all passenger vehicles electric by 2035.

ElectraMeccanica Vehicles Corp. will publicly debut its SOLO Cargo EV at the National Restaurant Association Show in Chicago May 21-24.

The aptly-named single-seat EV is available for businesses to order at $24,500, with a consumer version available for $18,500. The cargo version features an expanded cargo box. The first deliveries are expected in June.

The cargo version also provides businesses the option to place custom branding on the vehicle.

Vancouver-based Electra’s (SOLO-Q) three-wheeled vehicle is described in a press release as designed around the premise that “most restaurant and food-delivery activities do not need – and are often disadvantaged by – the use of full-size cars, vans, or trucks.”

Depending on driving conditions and other factors, the SOLO  has a range of up to 100 miles and a top speed of up to 80 mph.

In February, Electra entered a non-binding partnership with Faction Technology Inc. to deploy Faction’s remote, driverless technology into the SOLO EV platform. The aim is to have a demonstration fleet of up to 24 SOLO EVs over the next 12 months.

The Xcelsior CHARGEs are forty-foot heavy-duty buses, with batteries that can deliver 440 KWh. The order comes after an initial January, 2020 order of four CHARGEs to Albany, N.Y.

A release states each CHARGE vehicle can reduce 100 to 160 tons of greenhouse gas per year.

The CTDA provides transit services to the Capital District of New York, in counties including Albany, Rensselaer, Saratoga and Schenectady, which amounts to over 16 million passenger trips per year. The CTDA has a goal of transitioning its transit fleets to all renewable energy by 2035.

In a statement, Chris Stoddart, NFI’s North American president of bus and coach, said the company has delivered over 40 buses to the CTDA since 2015.

In April, SustainableBiz reported the Toronto Transit Commission had contracted New Flyer to deliver 134 Xcelsior 40-foot hybrid-electric, heavy-duty transit buses and 68 of the 60-foot models by the end of 2023.

Winnipeg-based NFI’s other brands are MCI and Plaxton for motor coaches, Alexander Dennis Limited for single and double-deck buses as well as ARBOC for low-floor cutaway and medium-duty buses.

New Flyer supports over 35,000 heavy-duty transit buses currently in service, of which 8,600 are powered by electric motors and battery propulsion and 1,900 are zero-emission.

The 100V Coil Drivers will be used in the 2023 model of evTS’ flagship vehicle, the FireFly. According to a release, the FireFly is meant to be used in parking control and curb management, security and perimeter control, last-mile delivery and corporate campus applications.

The Coil Driver from Calgary-based Exro replaces the typical inverter in electric vehicles. In essence, this means that the Coil Driver will improve the torque on a vehicle.

As SustainableBiz previously reported, an internal company test using a one-motor Humvee, optimized with the Coil Driver, resulted in 4,300 newton-metres (the measurement of torque, or Nm) of peak torque. This was compared against a two-motor Tesla semi class 8 truck, which produced 1,000 Nm of peak torque, and a three-motor GM EV Hummer which peaked at 1,285 Nm.

This agreement, set to last 36 months, was made after months spent between Exro and evTS integrating the Coil Driver system into FireFly vehicles.

At the ACT Expo, Lion (LEV-T) is showcasing its Lion6 class 6 heavy-duty truck and the LionC zero-emission school bus. The company, headquartered in Saint-Jérôme, Que., first deployed its electric school buses in the U.S. in 2016. Now, it has over 600 vehicles on the road in North America across seven electric bus and truck models. Five more models are slated to be available later this year.

According to the company, there is a $110 billion annual total addressable market in the U.S. and Canada for medium- and heavy-duty EVs.

Last week, Lion announced it had delivered a record 84 EVs in the first quarter of 2022, compared to 24 the same time last year.

Offering an estimated range of 100 kilometres, the Nomad has 90 horsepower and a towing capacity of 1,124 pounds at a price tag of around $22,000. The Sépaq Nomads will be used exclusively by employees.

According to figures from Montreal-based Taiga, previously reported by SustainableBiz, replacing 50 snowmobiles at a ski resort with Taiga’s EV versions would have the equivalent impact of removing 2,000 cars from circulation for one year.

Last week, the company was named the North American winner in Fast Company’s 2022 World Changing Ideas Awards for an off-road powertrain used in its electric snowmobiles.

Nicholas Sokic Transportation Lion Electric International May. 5 2022
Nicholas Sokic Business reporter
Nicholas Sokic is a freelance, Toronto-based journalist. He has covered a number of sectors, including business, finance, crypto, health, cannabis and culture. He graduated from Western University's Master of Media in Journalism and Communications program in 2019.