A report from the Chartered Professional Accountants of Canada and the Institute of Sustainable F... 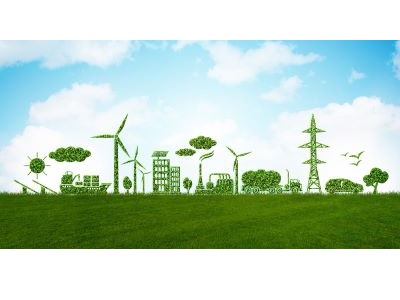 A report from Chartered Professional Accountants of Canada and the Institute of Sustainable Finance recommends improved openness and guidance for the Greenhouse Gas Protocol. (Courtesy CPA Canada)

A report from the Chartered Professional Accountants of Canada (CPA Canada) and the Institute for Sustainable Finance (ISF) calls for more clarity and guidance within the international Greenhouse Gas Protocol accounting and reporting standard.

The report is titled A Closer Look at the GHG Protocol: Observations and Implications for Standards Setters and Regulators.

The Greenhouse Gas Protocol was created by the World Resources Institute (WRI) and the World Business Council for Sustainable Development (WBCSD). It is used by regulators and standard-setters like the Canadian Securities Administrators (CSA), the U.S. Securities and Exchange Commission (SEC) and the International Sustainability Standards Board’s (ISSB) Climate-related Disclosures Exposure Draft.

The report was authored by Rosemary McGuire, the director of external reporting and capital markets at CPA Canada, and Ryan Riordan, a professor of finance at Queen’s University and director of research at the ISF.

Riordan told SustainableBiz McGuire approached him to work on the report because CPA Canada realized there was not enough understanding in the accounting profession on how emissions are audited and accounted for.

“After thinking about it I’m like, ‘Hey, a lot of people lean on the GHG Protocol. It’s cited often; it’s been cited in SEC reports, the OSC (Ontario Securities Commission) and CSA,’ so we thought it would be good to join forces.”

With securities regulators making emissions disclosure mandatory and the ISSB proposing the GHG Protocol Corporate Accounting and Reporting Standard be applied to measure emissions, Riordan and McGuire say it is crucial to understand how emissions are measured and disclosed.

Riordan and McGuire took a deep dive into the inner workings of the WRI and WBSCD and identified a series of potential issues.

They found the WRI is transparent about its finances, but the same could not be said of the WBSCD’s funding model.

The two conclude it is “unclear” what the GHG Protocol’s consensus means and what would happen if the WRI and WBSCD had a disagreement. There was also opacity about voting processes as well.

However, while Riordan said the organizations behind the GHG Protocol aren’t well known, there was no particular indication for concern on that front.

“The biggest learning that we had was that there are very few pages of actual guidance in the GHG Protocol,” he said. “So, if regulators want to use the GHG Protocol for securities law, they’re gonna have to do some additional work themselves.”

Groups that use the GHG Protocol rely on the ‘Corporate Standard,’ a 116-page document encompassing requirements and guidance for preparing a corporate-level GHG emissions inventory.

Riordan and McGuire found the Corporate Standard is “not very prescriptive and requires significant application guidance,” and creates confusion for preparers and assurance providers.

“My gut feeling is that on Scope 3, it’s like putting the cart before the horse,” Riordan said. “I think before we worry too much on Scope 3, we should really get Scope 1 and 2 broadly understood, how we’re going to capture that.”

The report says there should be more clarity on how materials used to calculate GHG emissions interact with the GHG Protocol’s core standards. It identifies confusion to preparers, and a diverse range of interpretations, as problems.

Riordan and McGuire also argue GHG emissions calculations are comprised of estimates, judgments and information from sources that change frequently and may be out of date. Riordan said one example would be a company using outdated measurements for air travel that do not account for more efficient engines and low-carbon fuels.

“Kick off the discussion”

The aim of the report is to “kick off the discussion” in the accounting industry about more precise GHG emissions calculations, Riordan said.

“It is time now for accounting organizations, bodies, securities regulators and lawyers to come together and say, ‘Okay, this how we’re going to translate the philosophy and ideas behind the GHG Protocol but make them a modern accounting standard.’”

Riordan responded to concerns that companies like fossil fuel corporations may be exploiting the standards or using loopholes: “I don’t think there is much room to exploit because there is only seven to nine pages of guidance and even in those cases, it’s pretty loose guidance.”

If the GHG Protocol is to be used for robust disclosure, Riordan said significantly more details and specifics are needed for industries, and it must provide cases for application.

Riordan expects his next research to look into what is required to make the GHG Protocol good enough for accounting standards; and what needs to be done for emissions factors to make them less costly, more timely and more specific.

Nicholas Sokic Carbon Carbon Credits International Sep. 13 2022
Tyler Choi Business editor, Sustainable Biz Canada
Tyler Choi is a journalist based in the Toronto area. He has covered a wide range of sectors ranging from science and technology, the environment, business, government policy and crime, to finance. Among the many people he has interviewed, his favourite was an Ig Nobel Prize winner.