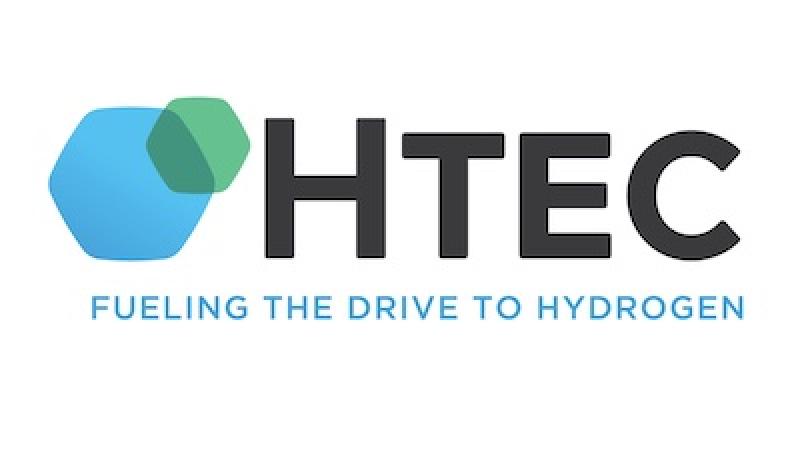 Construction of the facility is directly linked to HTEC's purchase of ERCO Worldwide's 19-acre industrial waterfront property on the North Vancouver coast.

The deal is not only one of the largest Canadian real estate transactions of 2022, but also marks an important step in the rollout of hydrogen fuel infrastructure that has the long-term potential of lowering the carbon footprint of the transportation sector.

The clean hydrogen plant will capture, purify and process hydrogen that is the byproduct of the chemical process used at ERCO's adjacent sodium chlorate factory. Sodium chlorate is used in bleaching by the paper industry as well as by companies that manufacture pesticides, dyes and pharmaceutical products.

ERCO will lease back the land on which their plant is situated and continue to operate as normal. The ERCO plant, built in the 1950s, currently vents approximately 15 tonnes of hydrogen per day into the atmosphere.

The hydrogen is created by an electrolysis process that generates 56 kilograms of hydrogen per tonne of sodium chlorate produced.

HTEC plant will use hydrogen to supply fuelling stations

The new HTEC facility, expected to become operational in 2025, will capture this previously wasted energy source and turn it into fuel to supply its growing network of hydrogen fuelling stations.

"The proposed project will be an important enabler for the deployment of hydrogen applications in B.C. and the Pacific Northwest, generating significant regional environmental and economic benefits," said Colin Armstrong, president and CEO of HTEC, in a statement.

The deal also sends a message to other companies of the inherent potential in transforming industrial waste byproduct — in this case, carbon-neutral hydrogen gas — into green energy sources.

Similar kinds of processes are being developed to neutralize or recycle toxic chemicals that could otherwise contaminate rivers or be released into the air.

This is the spirit in which Ed Bechberger, president and CEO of ERCO, described his company's partnership with HTEC. "This strategic agreement with HTEC significantly improves our energy efficiency and facilitates the capture of an existing hydrogen stream, supporting our commitment to sustainability."

HTEC has been operating on the North Shore of Vancouver since 2004. The green hydrogen plant will serve as a model for similar facilities it expects to build in B.C. over the next decade as demand increases for hydrogen fuel.

"We really feel like it’s such a good news story that we’re using something that’s otherwise wasted to replace diesel and gasoline and help us move to the zero-emission vehicles."

Russell indicated the deal and development— expected to close in March — is "in the hundreds of millions." Her estimate is consistent with real estate industry estimates that assessed the 19-acre parcel at $96.4 million.

"We're going to see more stations come on line and the car manufacturers are basically trying to keep pace by producing the right number of (low-carbon) vehicles for the right number of hydrogen stations," said Russell, who also serves as chair of the Canadian Hydrogen Fuel Cell Association. "We're starting to see a lot more growth and at present there are around 200 hydrogen-powered vehicles in the province today that are using our stations."

HTEC's customer base is currently light duty vehicles/passenger cars running on hydrogen. But while it may take years to see substantial growth in hydrogen fuel demand from light vehicles, it is expected auto manufacturers will ramp up the production of heavy-duty vehicles long before then.

The future of hydrogen lies in long-haul trucking

"Right now we're seeing that the trucks being produced for the California market are a little bit different than what we need in Canada. Canada tends to require heavier, bigger trucks that almost operate like trains in some cases, going back and forth between cities like Edmonton and Calgary, for example."

"We're working very closely with the truck manufacturers to make sure that they're going to be delivering those larger-gross-weight-capable vehicles that can be certified for road use in Canada and we also want some Canadian content in there as well," Russell explained.

She said it is now time to build hydrogen infrastructure, as the Canadian government estimates there could be five million hydrogen-powered vehicles on the road by 2050. HTEC's analysis found the B.C. market is the furthest ahead.

At present, battery technology has not advanced fast enough to allow for the construction of heavy-duty transport electric vehicles, owing to the excessive weight of the batteries needed to power trucks, particularly over long distances, and slow charging speeds — not to mention the lack of charging infrastructure.

This is why the future of low-carbon, long-haul trucking lies in the production of hydrogen-powered heavy duty vehicles that are much faster to refuel and can take on much heavier payloads.

This is especially true in Canada, a geographically vast country that produces large amounts of oil, gas, coal and other products that need to be transported over long distances.

"HTEC is working on that heavy-duty vehicle demand as a key piece of us being able to sell our fuel," Russell said. "But there is quite a lot of hydrogen being purchased in B.C. today by other companies, by fuel cell developers in their labs. They use a lot of hydrogen.

"We're going to be supplying other markets too . . . We're going to be looking at using hydrogen to decarbonize heating by blending it with natural gas. So we have multiple paths to market. Even though HTEC is focused on transportation fuel, we're going to be diversifying in terms of end-use markets."

Harold von Kursk Journalist
Website: http://www.thebigkahuna.substack.com Harold von Kursk is a journalist, screenwriter and filmmaker whose work has been published in most of Europe's leading magazines and newspapers including the Frankfurter Allgemeine Zeitung, GQ (Germany and Italy), Matador, and Vanity Fair (Italy). Born in Berlin, von Kursk grew up in Canada and began his career as a journalist and free-lance contributor to Maclean's, The Globe and Mail, and The Toronto Star. He later moved to Paris where he directed TV commercials and worked in the film industry before establishing the Berlin and Rome offices of Viva Press UK where he served for 20 years as Editor and Senior Writer. He is a life-long advocate on behalf of climate change and sustainability. His substack site Primal Thinking can be found at thebigkahuna.substack.com.