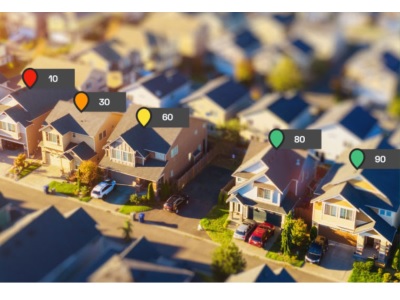 Lightspark is piloting software that estimates the climate footprint of a home and connects users to incentives to ease the decarbonization process. (Courtesy Lightspark)

Lightspark is a Vancouver-based firm led by founder and CEO James Riley. A digital marketing specialist, Riley held stints at Microsoft and IBM before he started Lightspark in 2017.

Lightspark created an AI-driven data model called Lightspark EfficiencyAI to fill in for energy utilities that were not providing carbon emissions data about their building stock. It is used by 17 clients across Canada.

The company supports EfficiencyAI with the Efficiency Concierge. It is a software-as-a-service platform that lets homeowners know where they are on their decarbonization journey and access options to switch to cleaner energy sources.

“Energy efficiency is complicated, so we’re using data and better user interface, similar to Uber and Airbnb as they did in these industries that need(ed) some innovation . . . and we’re applying that to the energy efficiency category,” said Riley.

Energy Concierge starts with a statistical prediction on the energy use and carbon emissions of the home, performed by an AI-powered system. The Concierge outputs a score between zero to 100 that represents where the home sits on energy use and greenhouse gas emissions.

Next, the homeowner takes a survey that applies building science based on the Canadian government’s EnerGuide to estimate the assets in their home, which ties energy efficient products to the score. The closer to 100, the greener the home.

Homeowners can also discover incentives like the federal Greener Homes Program and local tax credits, or connect to energy advisors and contractors on the Efficiency Concierge.

Riley said a key feature of the Concierge is the ease of use. The Lightspark score is intended to be easily understood like a credit score. It collates and digitizes PDF files from government and industry sources that contain information on energy efficiency programs to modernize a business category Riley said is “10 to 15 years behind” other fields.

By centralizing and aggregating the numerous green incentives spread across the federal, provincial and municipal levels, it aims to be a “better decision-thinking tool for the consumer in a very complex space.”

Lightspark will pilot the Concierge in Calgary and Edmonton as part of a one-year exclusive partnership with Scotiabank.

Riley said Scotiabank took an interest in Lightspark because it is joining over 100 banks around the world in reporting residential carbon dioxide emissions associated with its mortgage portfolio.

“Not only do they have to report out the carbon on their mortgages, but they have to show and demonstrate that they’re helping reduce emissions as part of this target toward net-zero,” said Riley. “They realize that the current state of things is going too slow and the innovation of a tech company from Canada can, like an Uber or Airbnb, disrupt this category through better data and better user experience.”

He said for a consumer, energy literacy is like financial literacy.

“The key objective is to demonstrate that people will be really curious to know the score of their home from a social norming perspective,” Riley said. The goal is to onboard homeowners quickly and bolster their awareness of how energy efficiency and carbon reduction works.

By the end of the pilot, he hopes tens of thousands of Albertans will sign up, and that the company can fundraise several million dollars to build out a marketplace to connect homeowners with a trade network.

Riley previously marketed for Energy Efficiency Alberta, which attracted 250,000 users to its platform. Riley hopes this expertise and background will translate well into Lightspark’s pilot.

It is also a test to see if Lightspark can succeed in a province that leans toward the fossil fuels industry. When Lightspark decided to pilot in Alberta, Riley said it raised eyebrows from people who wondered why the company would pick a province that was socially and culturally resistant to renewable energy.

He instead found Albertans are choosing renewables because of their practicality.

“Three-in-10 Albertans are engineers; they understand technology and they’re pragmatic. (They are) improving their home, making their home smarter and making it valuable . . . This is a practical, financial argument we’re making and Alberta is a great place to have that discussion.”

Across Canada and beyond

Riley hopes to accelerate a net-zero transition he argues is sorely lagging in Canada.

“In order to get to the net-zero target the government wants to get to, we have to upgrade 600,000 homes a year in Canada; we are at one-sixth of that number right now. Part of the problem is that the customer is least prioritized; we want to put the homeowner first and move from an analog to a digital way of working with homeowners.”

A crucial challenge to reaching net-zero in Canada is the problem of public and private sector cooperation in Canada, Riley said. He advocates for businesses, governments and non-profits to collaborate on the climate. He also advocates for more open data so consumers can profit from their own data to make better decisions.

The goal is to spread Lightspark across Canada and the U.S. into 2023.

Riley believes Lightspark can help address energy poverty in the U.S. and find ample support from the Inflation Reduction Act. He said the company is already in talks to explore possibilities in the U.S.

Tyler Choi Energy Green Buildings National Sep. 6 2022
Tyler Choi Business editor, Sustainable Biz Canada
Tyler Choi is a journalist based in the Toronto area. He has covered a wide range of sectors ranging from science and technology, the environment, business, government policy and crime, to finance. Among the many people he has interviewed, his favourite was an Ig Nobel Prize winner.