Nano One Materials Corp. believes its patented production process offers “one of the keys to unlo... 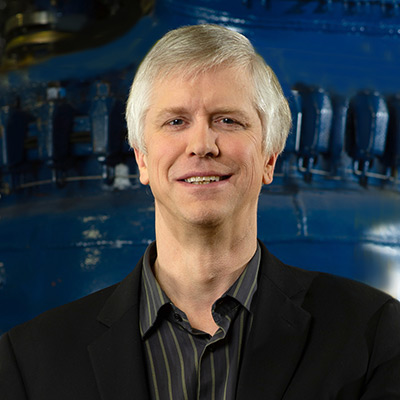 Nano One Materials Corp. believes its patented production process offers “one of the keys to unlocking lithium iron phosphate (LFP) battery production in North America” at a much larger scale.

That’s according to Nano CEO Dan Blondal, whose company is a producer of cathode materials which are used in lithium-ion batteries.

The batteries consist mainly of four parts: the cathode, anode, electrolyte and separator. Cathodes make up about 25 per cent of battery costs.

Nano’s (NANO-T) one-pot process puts the materials needed to produce cathodes, including lithium, iron, phosphorus and carbon, into a single reactor. They are then placed into an industrial dryer and finally, fired in a kiln to create the cathode material.

A 2020 paper from the Journal of the Electrochemical Society showed LFP to display a significantly longer life span than the nickel, manganese, and cobalt (NMC) battery cells. They are also smaller and less expensive, Blondal said.

Because of these factors, more LFP batteries can fit into a battery pack than with NMC.

“The differences between lithium, iron, phosphate (and) nickel, manganese and cobalt start to get people all confused,” Blondal said. “I think ultimately, what people need to know is that the bigger the battery the more expensive it’s going to be, but (a smaller battery means) a more robust battery unit. That’s where LFP comes into play.”

Traditionally, the supply chain for cathode manufacturing is long and costly, with a large environmental footprint. The necessary minerals are mined, then crystallized into sulfate forms, which in addition to making them heavier also produces a waste stream.

That waste stream of sodium sulfate byproducts can be two to three times the amount of cathode material which is produced.

“That won’t be permissible, actually, in North America and in Europe.”

The one-pot process, also referred to by Nano as M2Cam (metal to cathode materials), is exactly as it sounds. Nano One can take the required metals and mix them with lithium carbonate powders and the coating materials. The resulting chemistry produces a homogeneously mixed material that fires “in a matter of hours instead of days” in the kiln, according to a company presentation.

The process results in four to five times less weight being transported across land and sea because it skips the crystallization process. It also only about five per cent of the water required by the other process.

According to Blondal, most of the world’s cathode production occurs in China, while Korea and Japan are also significant contributors.

The Nano process, he believes will lead to an expansion of LFP battery production in North America.

Nano was founded in 2011 with the hiring of a team of scientists to reduce production costs, and the one-pot process was developed as a result. Blondal said the environmental benefits gained more attention in recent years as sustainability and greenhouse gas emissions became more of a concern.

Nano will also design its system to incorporate recycled battery materials. However, the company is not yet speaking to clients in recycling because “the volumes aren’t there yet.”

Nano has also begun preparing for a future production capability in Canada. While LFP batteries were invented in the U.S., one of the first to commercialize it “in any appreciable volume” was PhosTech Lithium in Quebec.

While PhosTech is now owned by British specialty chemicals company Johnson Matthey, Blondal explained much of the Quebec talent remains.

“We’ve started hiring in Quebec to build out our team, in anticipation of piloting and ultimately demonstrating somewhere, probably in Central Canada,” Blondal said. “A lot of those plans are still coming together, but we’ll soon have news on that.”

As one example, Nano has hired Denis Geoffroy, a former general manager of PhosTech’s LFP plant.

The firm has partners at every part of the supply chain, including mining, automakers and chemical companies.

Blondal aims to differentiate the North American supply chain, leading to an “agnostic” approach where Nano is working with LFP, NMC and other materials.

He and the company have long been believers in LFP: “We’ve been quite bullish on LFP for quite some time, even when the market was saying no.”

However, they are keeping all options open, and he said there is no final decision yet on the balance of LFP and NMC materials which it will produce.

Nicholas Sokic Transportation EVs National May. 2 2022
Nicholas Sokic Business reporter
Nicholas Sokic is a freelance, Toronto-based journalist. He has covered a number of sectors, including business, finance, crypto, health, cannabis and culture. He graduated from Western University's Master of Media in Journalism and Communications program in 2019.