No ‘cookie-cutter’ approaches to sustainability for H&R REIT 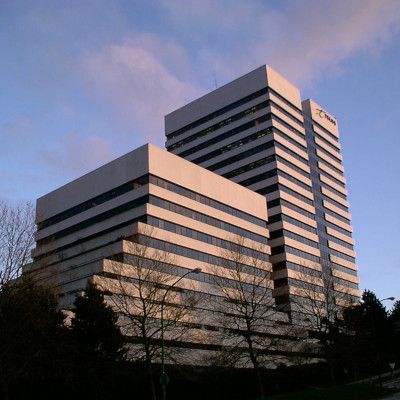 Continuously improving the energy efficiency of large office towers takes more than a one-size-fits-all approach, according to the experience of H&R REIT.

The firm’s Brian Canfield Centre at 3777 Kingsway in Burnaby, B.C., won an ENERGY STAR Commercial Building of the Year designation this year for its energy efficiency.

Experience members of the centre’s operations department compiled, by working in this and other sites, helped them identify key areas to save energy and improve tenant comfort within reasonable return-on-investment time frames, according to H&R.

“The Brian Canfield Centre is a unique building and a cookie-cutter approach to energy saving was not enough to reach the level of energy efficiency that we have now achieved,” the operations group for H&R REIT wrote in an exchange of emails.

“The next level of energy savings — a full 16 per cent — has been achieved through extensive real-time sub-metering and building automation system (BAS) analytics, which are key to realizing continuous operational improvements.”

Interestingly, the Brian Canfield Centre is not slated to remain an office tower. In a major announcement yesterday, H&R said it plans to transform from a diversified real estate owner and operator to an entity focused on the multifamily and industrial sectors.

It plans to sell most of its office holdings and convert others into multiresidential assets. As part of the plan, the Canfield centre is identified as one of seven major office properties which will be converted at some point during the next few years for multifamily use.

The energy efficiency upgrades and award

Until that happens, however, it will continue to operate as an office property.

The 21-floor Brian Canfield Centre is a signature office complex with towers built in 1976 and 1986 by Dominion Construction. Sometimes referred to as the Telus Boot because of its distinctive L-shape, the centre includes 650,000 square feet of leasable office space.

Originally built as the BC-Tel headquarters, the centre was named the Brian Canfield Centre for Excellence in Telecommunication in 2005 to honour former Telus CEO Brian Canfield.

H&R REIT acquired the building in about 2006, the operations group said. The trust began its energy efficiency improvements in 2008.

Sub-metering of the building started in 2010 and analytics work was done during 2015 and 2016 by Energy Profiles Limited and ESC Automation.

Analyzing each building component’s energy use in real time allows for operational efficiencies to be quickly identified and implemented, says the H&R team.

The operation group says while it’s possible to predict the benefits of capital spending such as equipment retrofits in advance, the savings from sub-metering and BAS analytics can only be measured after they go into operation.

“But our experience over many years is that the investment is small relative to the returns,” said the operations group, which also noted the Brian Canfield Centre has achieved market-leading $1-per-square-foot utility costs.

H&R points to the Brian Canfield Centre as one example of its approach to sustainability. The REIT’s  2020 sustainability report indicates 59 per cent of H&R’s existing office portfolio is LEED and/or BOMA Best Certified for energy efficiency.

“At all H&R properties, energy and water management are a priority, and extensive sub-metering and operational analytics are deployed throughout to ensure that utility costs are at a minimum and energy and water performance is continually improved,” said the operations group.

H&R holds assets of about $13 billion, and ownership interests in more than 40 million square feet of office, retail, industrial and residential properties.

H&R has reported utility consumption and emissions in office properties where it has control over utility use, or is able to access utility data. That amounted to 62 per cent of its usage for 2019/20.

The sustainability report shows the firm’s like-for-like electricity use decreased nine per cent in 2020, compared to 2019 (the equivalent of the electricity use of 2,920 single-family homes in Ontario).

H&R has also instituted sustainability policies in its other real estate segments, including waste recycling programs at retail malls, water reduction and some electric vehicle charging stations at residential properties.

SBC Staff Energy Awards National Jun. 7 2021
K
Kathy Kerr Business reporter
Kathy Kerr is an Alberta journalist with four decades of experience as a writer and editor. She covered general news and provincial politics as a reporter for the Calgary Herald in the 1980s and worked at the Edmonton Journal from the 1990s to 2016 in several editor roles, including business editor, city editor, features editor, editorial page editor and finally deputy editor of the Postmedia Edmonton newsroom. Kathy is now a freelance writer and commentator.