When it comes to carbon capture, utilization and storage (CCUS) adoption, urgency is required for... 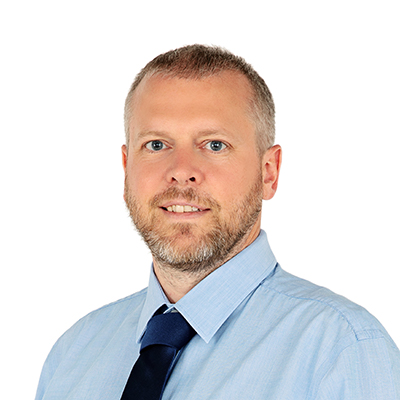 When it comes to carbon capture, utilization and storage (CCUS) adoption, urgency is required for Canada to meet its 2030 and 2050 net-zero goals and “tomorrow is too late.”

The company recently published an article detailing how Canada is in many ways uniquely positioned for CCUS adoption.

CCUS refers to any technology that can capture the high concentrations of CO2 from industrial activities. It can be retrofitted to existing industrial operations like thermal power plants, oil and gas facilities, chemicals plants and steelmaking factories.

The captured CO2 can either be sealed in formations deep underground, or utilized as an input or feedstock for other products or industrial processes. One example of an innovative CCUS application is with Halifax’s Planetary Technologies, which is employing an alkaline process to improve the CCUS capability of the world’s oceans.

Lenihan, who recently returned from the first Canadian Hydrogen Convention in Edmonton, offered a pertinent example of the need for CCUS.

“One of the biggest things that I took away from that (conference) was the amount of carbon storage you’re going to have to do when you’re producing hydrogen,” Lenihan said, noting there will be a significant transition period.

“You’re never going to just turn the taps off from oil and gas tomorrow, it just wouldn’t happen . . . It’s going to be a definite transition as we’re going from (natural gas) blue hydrogen into green hydrogen. Without that carbon capture, you’ll never get to those goals.”

Canada has the third-largest oil reserves and the fourth-largest natural gas deposits in the world, which gives it a particular CCUS advantage due to, for example, the amount of oil wells that can be injected with carbon.

There are three major ongoing CCUS projects in Canada: Shell’s Quest carbon capture and storage near Edmonton; the Alberta Carbon Trunk Line (ACTL); and the Boundary Dam Project in Saskatchewan by SaskPower.

The emissions reduction plan announced by the federal government at the beginning of April calls for the oil and gas sector to cut emissions 40 per cent by 2030. The same year, the carbon tax will reach $170 per tonne.

Included in the 2021 federal budget was $319 million over seven years for research and development on the commercial viability of CCUS technologies.

“I think you can always do more, but they’re doing as much as they can at the moment,” Lenihan said. “It’s not something that you see from many other governments, putting that funding straight ahead.”

Another CCUS measure in the federal budget is the emphasis on public knowledge sharing from oil and gas companies. While the language wasn’t clear on what that will entail, Lenihan said he expects it refers to project specifics, benchmarking, and the costs involved in carbon capture.

Given the amount of private investment required for these CCUS projects, the potential for de-risking will be essential.

“Public knowledge sharing, and sharing between all of these big operators, that’s going to be key,” Lenihan said, “because if everyone went in their own direction and did things individually, you’d be wasting time trying to get to those solutions.”

The U.K.-based Turner and Townsend says there are only 27 CCUS facilities in operation worldwide with a total installed capacity of approximately 40 million tonnes per annum (Mtpa).

According to the International Energy Agency, limiting global warming to 2°C requires installed CCUS capacity to increase to over 5,600 Mtpa by 2050. This translates to up to $1.6 trillion in investments.

Lenihan referenced Alberta Premier Jason Kenney’s announcement at the convention of $50 million over four years for the Clean Hydrogen Centre of Excellence as an example of well-intentioned albeit unsatisfactory investments.

“It’s not going to be enough,” Lenihan said. “That’s about $12.5 million a year, it’s really not going to cut the mustard . . . Eight years is not a long time when it comes to the development of these technologies.”

The first is funding certainty, with the article stating, “The risk profile is reduced when there is more certainty around the legislative landscape, and this can encourage private investment into the CCUS space.”

Lenihan doesn’t believe CCUS is being overlooked in Canada, simply that more companies and executives are realizing what needs to be done and the scale of the challenge.

He emphasized 2030 is only eight years away — an even shorter time frame for the oil and gas industries, where projects can take many years to come to fruition.

The second factor is what he calls a programmatic approach, meaning collaboration between the big players in oil and gas at every step of the way.

“It’s going to be (ArcelorMittal) working with Shell or Exxon and bringing in their carbon that they’ve extracted from their flue gases to Shell processes, stripping the carbon and injecting it,” he said, citing one example.

That approach extends to the third factor – selecting only the best technologies to move forward, based on datasets shared among all involved.

“Without the backing of all stakeholders, from the top level of government all the way down to me and you who are paying for our electricity,” Lenihan said, “without everyone’s buy-in, it will never get to where it needs to get to as soon as it needs to get there.”