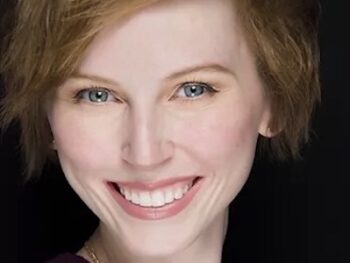 A portion of the district energy system which heats and cools the Zibi development in Ottawa and Gatineau. This portion of the system is in the nearby Kruger Products plant. (Dani-elle Dubé, SustainableBiz)

How do you convince a multi-million dollar paper company to take a leap of faith and be among the first to buy into the concept of district energy systems — designed to alter the way Canadians get their heating and cooling and reduce emissions footprints?

It’s not easy, as the team at Zibi Community Utility found out — but it can (and would) be done.

Zibi is the huge 34-acre waterfront development straddling Ottawa and Gatineau along the Ottawa River. It’s being led by Dream Unlimited and its subsidiaries, and plans are to build-out its 44 proposed multi-use buildings by about 2035.

About a half-dozen buildings are currently in place at the property, which will be home to thousands of people, new office and retail space, parks and an entertainment site. That means a lot of energy will be needed to power, heat and cool the district.

Zibi was designed from Day One to be a highly sustainable community, but if its development partners were going to achieve the zero-emissions standard demanded by its One Planet Living designation, the crew had to get creative.

So, they asked themselves, why not use leftover energy from a nearby plant?

That way, anything that has to do with heating and cooling the millions of square feet of buildings will not require new energy. Instead, it will use existing energy that is, essentially, just sitting unused somewhere else.

Kruger‘s nearby paper manufacturing facility was a plant that made sense — a site that is less than a kilometre away.

Today, that concept is increasingly common. But a decade ago – Zibi’s partners closed the land acquisition with then-owner Domtar in 2013 – envisioning a massive zero-carbon community in the heart of two cities was fairly novel thinking.

In fact, Zibi’s system is the first in North America to utilize post-industrial waste recovery.

“We knew it was going to be a financial challenge — when you’re competing with fossil fuels, it can be really difficult, but we saw some great ingredients,” said Scott Demark, president of Zibi Community Utility (a partnership between Zibi, Theia Partners and Hydro Ottawa). “We had Kruger with their post-industrial heat, we have the mighty Ottawa River, we had pipes running between the properties, and so we really looked at it and thought, ‘How hard can this be?’ ”

As it turned out, getting Kruger on board was one of the crew’s biggest challenges.

“Kruger is in the business of making tissue,” Demark told SustainableBiz. “So, the fact that they have heat at the end of the process is not core to them — it doesn’t overly matter to them. So the first thing to do was to kind of convince Kruger that it made sense — that there was this energy source here that we could tap without interrupting their process.”

Industries are typically focused on producing what they produce, Demark added, so although Kruger could see that the idea offered benefits to Zibi, at the time it didn’t seem to carry any benefits for the company. Sustainability, however, has become an increasing priority for virtually all industries.

“The first thing we needed to do was to find a champion in Kruger, get everybody to understand what we’re trying to do and put it in language that made sense for Kruger.”

“We always think about how we can have a smaller carbon footprint,” Michel Manseau, senior vice-president of consumer business at Kruger Products, told SustainableBiz. “Our goal is to always reduce our carbon footprint. As an industry-old producer, we have aggressive targets to reduce our footprint.”

So when Manseau was approached by Zibi for the project, he said it did make sense to him, but he knew it wouldn’t be easy.

“Our heart was truly there to make it happen,” he said.

The Zibi development in Ottawa and Gatineau will comprise about four million square feet and 44 buildings when it is complete. (Dani-elle Dubé, SustainableBiz)

As a result of the partnership, Zibi and Kruger will save 4.4 kilotonnes of emissions per year when compared to a project of a similar scope — that’s the equivalent of getting 1,000 cars off the road.

“It’s radically different,” Jeff Westeinde, president of Zibi, said. “We don’t burn anything, and if you look at how most heating is done in this part of the world, you burn gas to create heat. What we do is just borrow heat from our neighbour, Kruger, and it’s just heat transfer.”

“So, if you think about hugging a big hot water tank, you’ll get warm. All we do is we take our pipes from here, we wrap them around their hot water tank and that gives us 32C water coming back, which is what we use to heat our entire neighbourhood.”

In the summer, Westeinde says, instead of using electricity and “a whole bunch of water that you’ve got to send up chilling towers”, Zibi uses cold Ottawa River water. A system of pipes from the river is used to cool Zibi’s own water before it is distributed throughout the property.

The system will heat and cool about 4 million square feet of property – equivalent to about 2,500 homes of 1,600 square feet apiece – and the workspaces of about 5,000 employees.

But once Zibi got Kruger on board, everyone and everything else fell into place.

“We had gone through the business case, and it’s a tough business case because back then we didn’t have the (government sustainable energy) grants and all that,” Bryce Conrad, president and CEO of Hydro Ottawa, explained. “But I remember telling my board, ’It’s just the right thing to do, so let’s just do it,’ and fortunately the board went along with that.”

For Hydro-Québec it was also a passion project from the start, according to Nancy Guénette, director of services and sale — business customers at the utility.

“I think it takes a lot of courage and audacity to tackle a project of this wing span,” Guénette said. “We need a project like this to help bring us to a place of carbon neutrality — a goal that’s extremely important for Hydro-Québec.”

Will more district energy systems of this scope be constructed in the future? Hydro Ottawa, Hydro-Québec, Kruger and Zibi all seem to think so.

“To me, district energy systems make a lot of sense, where you have population density and a diversity of uses,” Demark said. “I do think it’s the way of the future. As fossil prices go up and carbon taxes go up, you really are looking at how do you recover that heat and use it effectively, and district energy systems are a great way to do that.”

As Conrad concluded: “Zero carbon, zero waste and net-zero operations — that’s the way of the future.”

Dani-Elle is an award-winning multimedia journalist who has worked for the Ottawa Sun, CityNews Ottawa, Global News, Yahoo! Canada and more, with bylines in Chatelaine, Ottawa Business Journal and other…

Dani-Elle is an award-winning multimedia journalist who has worked for the Ottawa Sun, CityNews Ottawa, Global News, Yahoo! Canada and more, with bylines in Chatelaine, Ottawa Business Journal and other…