The net-zero movement is critically important to slowing down climate change and global warming b... 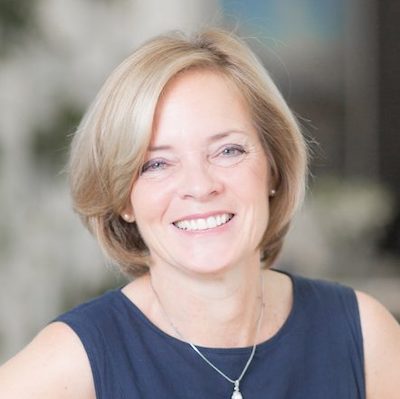 The net-zero movement is critically important to slowing down climate change and global warming because the building, infrastructure and construction industry is a massive contributor to the carbon footprint, says one of Canada’s global ambassadors for sustainable design.

Lisa Bate, global sustainability lead and advance strategy, senior principal at B+H Architects, said the big contributors to that carbon footprint are concrete and steel and the aggregates that make up those cornerstones of the development industry.

“Yes there are lots of other industries that have massive impact,” Bate told SustainableBiz, but the sector must keep finding ways to build forward that lower the impact on the planet and its environment. “Decarbonizing the infrastructure and building industry is critically important.”

As the world celebrates Earth Day on Friday, Bate said she wishes the federal government had set an earlier target than 2050, but the year is probably realistic.

Bate, a former director and board chair of the Canada Green Building Council and a director and the past chair of the World Green Building Council, cites the Joyce Centre for Partnership and Innovation at Mohawk College in Hamilton as an example of what can be done. It was the first institutional building to be certified for both Design and Performance categories under the CaGBC’s Zero Carbon Building Program.

“It’s been a little bit of a poster child internationally as well as nationally,” said Bate, who led the design on the Mohawk College project. “It provides six years plus . . . of additional energy than it needs. So it is connected to the campus grid and we also have 5.3 kilometres of geothermal wells below grade to store that excess energy.

“It’s actually acting as a mini generator for Mohawk, which reduces their costs, which also then gives us an additional 6.1 years of return on investment for the over-26 years of carbon impact that was created when we built it.”

She said recycled steel was used for the project as well as concrete designed to capture and store carbon when it is mixed.

– the JCPI also uses no natural gas onsite – the all-electric set up allows for the easiest route to low carbon for most buildings.

In looking at design of buildings today, Bate said an integrated design and operations approach is needed to meet that net-zero goal as well as using renewable energy.

“As architects, the most important thing we can do is the material choices that we make for these buildings and really super-high-performance building envelopes,” said Bate. “Mohawk was under budget.

“The budget was $50 million for the building and $4 million of furniture, fittings and equipment and it came in at $46 million plus $4 million. We were almost 10 per cent under budget on a net-zero carbon building. It isn’t that these are more expensive.” 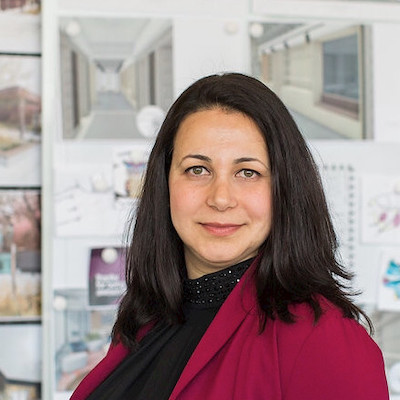 Zeina Elali, senior sustainability advisor, senior associate with Perkins&Will, said many different forces are in play today leading to that net-zero target. Changes are being made at municipalities and government levels relating to carbon accounting, carbon pricing and in green standards.

“There’s also more private-sector initiatives happening. Lots of organizations are upping their ESG (Environmental, Social, Governance) requirements and aligned with those ESG requirements they look at their own real estate and want to be able to lower their environmental impact as much as possible,” she said. “We’ve been seeing that progression for years, but in the last two years it’s been especially accelerated.

“What we do know and the general industry consensus is, it’s cheaper to invest into new construction than it is to go in and retrofit existing real estate. They’re really amplifying their investments on new spaces but also the pandemic is another factor.

“Climate change used to be something that was distant, in other countries where there are fires and flooding, but it’s become a lot closer to home and people are now feeling it in Ontario and in Canada in general. And with the pandemic, rethinking the way that we’re living is all the different forces that have accelerated this movement.”

Janine Grossmann, principal at Perkins&Will, said in the commercial interior side of buildings we’re still in our infancy examining net zero, more specifically around embodied carbon.

“As an industry, we’re a little slow quite frankly. I don’t want to say it’s not as easy as taking a look at net-zero operational carbon on new buildings like big architecture,” Grossmann explained. “The problem is we’re talking about net new build versus renovations and a lot of times we are taking a look at retrofits or renovations on the commercial interior side of the equation, and that creates some complexity in terms of examining embodied carbon specifically.”

But she said the industry is doing exceptionally well with sustainability and wellbeing on the corporate office side.

“A lot of organizations are now fully committing and have been doing so for quite some time.”

Elali said organizations are prioritizing moving into spaces where the base building has aspirations that align with the corporate objectives. If it’s an existing building, firms want measures taken to reduce energy usage and carbon emissions.

“When it comes to energy and operational carbon there’s only so much you can do within the design of the space, but the source of energy that is supplying your heating and cooling comes from the base building. So if that has carbon associated with it, then it’s going to impact your carbon as well,” she said.

“An even greater area of improvement when it comes to sustainability and carbon, specifically for commercial interiors, one of the biggest impacts is embodied carbon which is all the energy associated with the manufacturing of all the finishes as well as furniture. So the industry is becoming a lot more aware, especially in the last two years.

“That awareness and that demand has definitely increased and we’re seeing manufacturers invest more into R&D when it comes to transparency documentation about how much energy and what types of chemicals are going into their products, so that designers and clients can make more informed decisions.”

She said overall health and wellbeing initiatives have been on the rise as well.

Aside from looking at the chemicals that go into the design, there’s also design that considers the inherent need of people to connect with nature; leading to a trend to increase daylight into spaces and to improve indoor air quality and the availability of fresh air.

Jordan Maxwell Carbon Net-zero emissions Ontario Apr. 18 2022
M
Mario Toneguzzi Business reporter
Mario Toneguzzi, based in Calgary has 37 years of experience as a daily newspaper writer, columnist and editor. He worked for 35 years at the Calgary Herald covering sports, crime, politics, health, city and breaking news, and business. For 12 years as a business writer, his main beats were commercial and residential real estate, retail, small business and general economic news. He nows works on his own as a freelance writer and consultant in communications and media relations/training.