As part of Canada’s goal to hit net-zero GHG emissions by 2050, the federal government has releas... 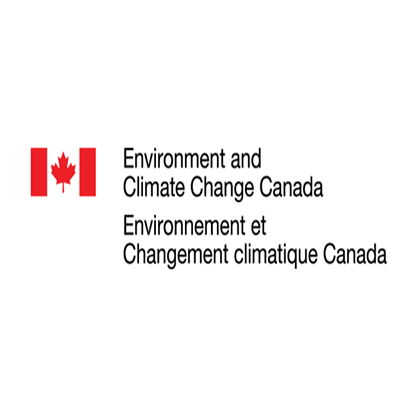 As part of Canada’s goal to hit net-zero GHG emissions by 2050, the federal government has released a report which states it is on track to reduce methane emissions from the oil and gas sector by its target of 40 to 45 per cent by 2025.

Current federal regulations and their provincial equivalencies are expected to reduce  methane emissions by up to 10 million tonnes, representing a 39 per cent reduction from 2012 levels. Additional initiatives like provincial and federal funding as well as private sector action mean the actual expected reduction will be between 40 and 45 per cent.

The report from the Ministry of Environment and Climate Change also says with this goal in sight, consultations will launch for new federal regulations to be developed designed to achieve a 75 per cent reduction in methane emissions by 2030.

One such measure being utilized to hit this goal involves strengthening the Emissions Reduction Fund (ERF). Companies have been approved for up to $134 million in ERF funding to support 81 projects which, combined, are to result in reductions of 4.6 megatonnes of carbon dioxide equivalent in the first year following project completion.

The feds say this is comparable to removing one million passenger vehicles from our roads for one year.

The ERF was launched in fall 2020, and in December Canada announced it would narrow the fund’s projects to “only those that fully eliminate intentional routine venting and flaring of methane; applying strengthened criteria to make sure we are funding projects that provide the greatest return on investment from an emissions reductions perspective, including through establishing a cost per tonne threshold; and providing greater transparency and ensuring that projects demonstrate emissions reductions that are incremental to Canada’s methane regulations.”

Other measures to be taken include improving the quantification of methane emissions from the oil and gas sectors, working with international partners like the U.S. to identify best practices and “developing a plan to reduce methane emissions across the broader Canadian economy in support of the Global Methane Pledge and the goals in Canada’s climate plan.”

When it comes to measuring exactly how much methane reduction has occurred or what will relative to Canada’s previous output, there is no consensus. In April 2021, Dave Risk and his research team at St. Francis Xavier University’s FluxLab published a report in Nature analyzing 6,500 oil and gas sites across Western Canada. They found that the country’s methane emissions are about one and a half times the official estimate.

Another report in 2020 by Canada’s own scientists placed official estimates at about double, this time by measuring methane emissions across the country.

“You can’t reduce what you can’t measure. And if we’re talking about 45 per cent  in a near term … and net-zero by 2050, we better be measuring how our progress is going or we won’t make it,” Matthew Johnson, one of Canada’s leading experts on emissions from the energy sector at Carleton University told the CBC at the time.

The U.S., the European Union, and partners including Canada formally launched the Global Methane Pledge in November 2021, an initiative to reduce global methane emissions to keep the goal of limiting global warming to 1.5 degrees Celsius within reach.

To date 103 countries representing 70 per cent of the global economy have signed on. Every country has committed to a collective goal of reducing global methane emissions by at least 30 per cent from 2020 levels by 2030.

According to the Global Methane Assessment from the Climate and Clean Air Coalition (CCAC) and the United Nations Environment Programme (UNEP), achieving the 2030 goal would also prevent over 200,000 premature deaths, hundreds of thousands of asthma-related emergency room visits and over 20 million tons of crop losses a year by 2030.

Methane accounts for 17 per cent of global GHG emissions from human activity, primarily in the agriculture, waste and energy sectors.

There’s also enteric methane, a short-lived GHG remaining in the atmosphere for about 12 years before breaking down.

It results from livestock and agriculture production and in Canada makes up 3.3 per cent of the total GHG budget, compared to four or five per cent globally. When manure emissions, feed production emissions and land-use change are included, this share jumps to 14.5 per cent. Paddy rice cultivation accounts for another 8 per cent of human-linked methane emissions.