The Alberta Energy Transition Study forecasts the global energy transition could contribute $61 b... 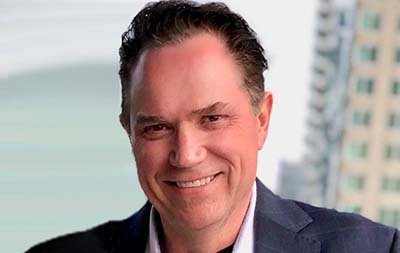 The Alberta Energy Transition Study forecasts the global energy transition could contribute $61 billion to the GDP by 2050 and create 170,000 jobs in the cleantech sector in Alberta.

The study – conducted by Delphi Group, Foresight Canada and Cleantech Group for Calgary Economic Development and Edmonton Global – concluded that to fully capitalize on the opportunity, Alberta will need to invest more than $2.1 billion a year in cleantech by 2030, increasing to $5.5 billion by 2040.

Brad Parry, interim president and CEO of Calgary Economic Development, said diversification of the economy, which has relied primarily on the oil and gas industry for decades, is incredibly important.

“It’s almost like a stock portfolio. We’ve over-indexed on one of our stocks in our portfolio and now it’s time to kind of let the other ones live up a little bit – the new energy, the fintech, the life sciences, those kinds of industries to take hold and grow,” said Parry. “I think it’s incredibly important not only as a city but as a province to be really well positioned to take advantage of that.”

Alberta companies are leaders in cleantech investment in Canada, but the current level of investment is less than $1 billion annually, the study reports. Without investment levels aligned with global commitments to net-zero, the study forecasts the cleantech sector would only generate 20,000 jobs and $4 billion in GDP by 2050.

“We understand the opportunity. One of our jobs at Calgary Economic Development is really this notion of making sure we position Calgary for long-term economic success,” Parry explained. “We do that by making sure we retain, expand and acquire a company’s capital and talent, but to do that we really need to be looking out five, seven, 10-plus years to see what are those trends that are coming at us and how do we make sure we’re ready for those.

“This study is a clear example of that. There’s a massive opportunity in front of us and if we put the right blocks in place we have a chance to be that leader.”

Parry said Calgary is an ideal market for capitalizing on this potential and has the opportunity to position itself as the go-to place for people serious about the cleantech industry.

The study found both Calgary and the Edmonton region are uniquely positioned to be leaders in a transition to a lower-carbon economy with its growing cleantech ecosystem, world-class resources and infrastructure, a long history of industry collaboration and investment, and a deep pool of specialized talent.

● Of the 945 cleantech companies in Alberta, 462 are headquartered in Calgary and 429 in the Edmonton region. The sector employs more than 14,600 directly in cleantech roles with 137,000 people working in the broader cleantech ecosystem;
● Among Alberta’s cleantech ventures, 51 per cent are led by first-time founders, 32 per cent have a trades background, 28 per cent are born outside Canada and 22 per cent are female, versus 15.6 per cent nationally;
● Nearly two-thirds of Alberta’s more than 210 pureplay cleantech startups seek customers in the oil and gas sector; over 50 per cent in power and utilities, and one-third in agriculture, mining, or manufacturing.

Capitalizing on the growth

Parry said the city and the province are well on the way to capitalizing on potential growth in the cleantech sector.

“What we’ve got is a great corporate tax environment that the provincial government has set up for us, which is fantastic. We’ve got the big investments from our big companies in town that are doing it. We have the talent to do this,” said Parry.

“I think we have the blocks in place. We need to make sure we tell the story. We need to make sure that people understand that this isn’t something that’s happened overnight. We’ve been working on this talent for a while and we’re going to continue to work on it, but we need that recognition from a global perspective.

“So when you see companies like AWS (Amazon Web Services) starting to set up shop here and those kinds of things, that sends a message that Calgary is a place you need to be really attuned to right now to take part in this great change that we’re going to go through.”

The study identified the following six sub-sectors, from the 16 across the cleantech ecosystem in Alberta, with the greatest potential to attract foreign direct investment, create quality jobs and help launch new companies:


“Modelling indicates that Alberta will require more than $2.1 billion in capital annually by 2030, growing to as much as $5.5 billion annually in 2040. To achieve this level of capital investment, significant foreign direct investment (FDI) will be needed. Key to attracting this volume of FDI, which will allow Alberta’s cleantech ventures to scale up, is strong, consistent climate policy and leadership,” the study says.

“Positive signals are being sent to the investment community that Alberta is prioritizing clean technology development through strong small business practices and low taxation rates, strong public funding programs for emerging technology and leading research institutions, and test facilities to accelerate commercialization timelines. Industry is also signaling its commitment to decarbonization through the creation of initiatives such as the Oil Sands Net Zero Alliance. Alongside these positive signals, the creation of a dedicated ESG Secretariat demonstrates another important signal to investors on Alberta’s commitment to continue being a leading jurisdiction in Environmental, Social and Governance (ESG) performance.

“Currently the ESG Secretariat is working across ministries towards a holistic government ESG framework that will help showcase how Alberta’s government, industry, and institutions are sharpening ESG performance and ensuring investors see the incredible opportunity in Alberta to contribute to achieving a better world, while achieving consistent yields for their shareholders.

“Unfortunately, less positive signals are also being sent to investors that may indicate that the energy transition and a serious pursuit of clean technology development are not a priority for Alberta. This includes the cancellation of the Alberta Investor Tax Credit, the closure of Alberta’s provincial energy efficiency agency – Energy Efficiency Alberta – and the repealing of Alberta’s Carbon Tax.”

The full Alberta Energy Transition Study is available at this link.

Real Estate Infrastructure National Aug. 24 2021 SPONSORED
M
Mario Toneguzzi Business reporter
Mario Toneguzzi, based in Calgary has 37 years of experience as a daily newspaper writer, columnist and editor. He worked for 35 years at the Calgary Herald covering sports, crime, politics, health, city and breaking news, and business. For 12 years as a business writer, his main beats were commercial and residential real estate, retail, small business and general economic news. He nows works on his own as a freelance writer and consultant in communications and media relations/training.