Canada underestimates challenge of getting to net zero: Advocate

Canada is underestimating the scale of the challenge before us as we attempt to transition to a n... 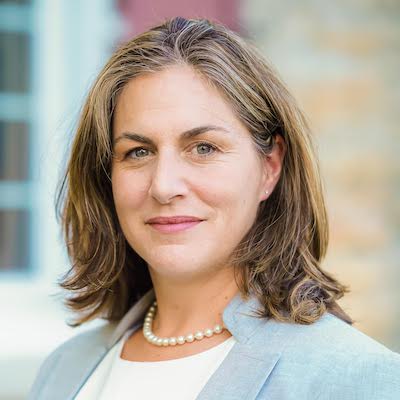 Canada is underestimating the scale of the challenge before us as we attempt to transition to a net-zero economy.

“The approach that we have been taking to the targets that we’ve set for ourselves is very much a top-down, technological deployment first approach,” said Tonja Leach, the executive director of QUEST, a national non-government organization that works to accelerate the adoption of efficient and integrated community-scale energy systems in Canada. “What we’re missing is the fact that we need the political will, we need the capacity, and we need the coalitions of public support in order to enable us to get to the outcomes that we’re looking for.”

Leach was speaking during the Virtual Connect Series put on by Conflux Canada, webinars focused on the global transition to a net-zero economy. The topic, hosted by James McNeil, was Are We Underestimating the Scale of the Challenge Before Us?

With our targets known and in place, it is now about the implementation – what needs to be done to actually achieve those goals.

“It’s good to have a target. We need to have something to point ourselves towards it that drives the change,” she said. “But way more important is the actions that we start to take. It’s about collaboration. It’s about innovation beyond how we thought about it in the past. It’s about empowering local to see themselves as part of the solution and creating the market mechanisms that allow all of us to participate in this future.”

Then, we have to maintain it.

“Another thing that’s really important to think about is that we’re not just trying to achieve that net-zero target, we need to stay there. We have to do that sustainably.”

The financial implications of net zero

QUEST was founded 15 years ago to commission research, communicate best practices, convene government, utility, and private-sector leaders, and work directly with local authorities to implement on-the-ground solutions. QUEST recognizes communities that have embraced these principles by referring to them as Smart Energy Communities.

Leach said incentives are in place to help people transition to electric vehicles. Carbon pricing is one of the levers helping to move the market.

“Those kinds of things are helpful but we also need to recognize and understand that we need to move through this energy transition, this reducing emissions, in a way that is equitable and we’re not leaving people behind,” she said, “and we are running a very big risk of doing that.”

Instead of blanket incentives which apply to everyone – including those who can afford more sustainable options for vehicles or upgrades to their homes, for example – Leach wants targeted programs to help those who otherwise might not be able to make those improvements or purchases. For the rest of us, she wants performance-based information available to give people sound economic and environmental reasons to factor sustainability into their decisions.

“We need incentives for low income Canadians to improve energy efficiency first and foremost. It’s great that there is an incentive out there, but to be honest coming and sitting in a place of privilege in a relatively new home, I don’t need an incentive to upgrade my windows to a higher-quality window.

“I need a market that tells me that that’s the right decision to make. That there’s a return on investment, and I need to have clarity in that so I understand it makes sense for me to make this better decision.”

Leach said there is an immense amount of energy poverty in Canada. Things like carbon pricing and moving to rapid electrification has with it a number of challenges when it comes to affordability.

“It’s going to increasingly push more Canadians into that energy poverty realm, and the reason why that matters is not just because of the actual cost that they’re going to take, it’s because of the political kind of pushback that will come as a result,” said Leach.

“That is going to actually stifle our ability to achieve that climate objective, the emission reduction objectives, that we’ve set for ourselves because it’s going to be a step forward and two steps back.”

Unless the approach is to collectively embrace energy emission reductions, the liability of supply and affordability, we’re going to be “constantly doing this flip flop,” she said. If Canada is going to meet its targets, leaders need to ensure we’re not creating a two-tiered system and leaving segments of the population behind.

Leach said it’s important communities understand the impact energy has and the opportunity that energy gives in their local environments. Canada is a vast country and different communities can have very different opportunities before them.

The energy transition will impact communities in different ways, she said, and it’s important to determine how to help those communities mitigate against risks but also seek the appropriate opportunities.

“We don’t get to net zero without bringing communities along and empowering communities to be seeing themselves as being part of the solution,” said Leach. “There’s lots of really great work that’s already happening at the local level in municipalities with the implementation of their community energy plans, their sustainability plans.

“But, there is very little understanding of what the impact will be and there’s a lot of, kind of, looking over the fence at what the neighbour’s doing and saying ‘okay I think we’ll do that here’.”

Leach there many barriers remain. The responsibility of dealing with climate change, energy poverty, and buildings has been downloaded to municipalities, yet the corresponding investment is lacking.

“There’s a huge barrier. We don’t have the capacity – meaning the tools, the resources, the knowledge in order to shift the local space into the sustainable, net-zero economy that we envision our future to be,” she said.

Canada is also not establishing enough opportunity for private sector investment into solutions being sought, she said.

“We need to cultivate a market that enables more private sector investment to be brought into this.”

Ahmar Khan Energy Renewable Energy Toronto / GTA May. 4 2021
M
Mario Toneguzzi Business reporter
Mario Toneguzzi, based in Calgary has 37 years of experience as a daily newspaper writer, columnist and editor. He worked for 35 years at the Calgary Herald covering sports, crime, politics, health, city and breaking news, and business. For 12 years as a business writer, his main beats were commercial and residential real estate, retail, small business and general economic news. He nows works on his own as a freelance writer and consultant in communications and media relations/training.