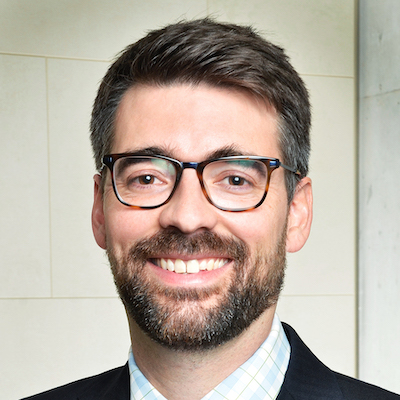 Canada’s largest operating solar farm has been completed in Southern Alberta by Capstone Infrastructure Corporation. The finished project, with a capacity of 132 megawatts of alternating current, is located in Willow Creek about two hours south of Calgary.

“This is a critical project for our ongoing effort to accelerate the clean energy transition,” said David Eva, the CEO of Capstone Infrastructure, in an interview with SustainableBiz.ca.

The $200-million Willow Creek project was completed in partnership with European firm Obton A/S (it’s owned 51 per cent by Capstone, 49 per cent by Obton).

It will provide clean and renewable energy to over 36,000 Alberta homes, while offsetting 150,000 metric tons of carbon emissions.  For Eva, this latest project is a sign of things to come as Canada pushes forward on creating more renewable energy.

“It’s a step in the right direction, but one step on a very, very long journey.”

On time, on budget during pandemic

During its development, the project created more than 350 full-time jobs in the construction field.

Eva said one of the things he’s most proud of is Capstone’s resilience in completing the project during a time of global upheaval. Amid a global pandemic that affected supply chains, led to lockdowns and production time delays, he said getting it completed in a timely manner is a major accomplishment.

“We were able to complete the project on time, on budget through the pandemic while managing issues of on-site personnel safety and volatility around global supply chains,” he said.

Eva said all this has proved both to his firm, and potential customers, that Capstone is capable of scaling up and having success with larger projects. He said this has opened up a lot more doors.

“It’s a bit of proof of concept that not only can we take on big projects, but we complete them too … we’re now going to be doing some more work south of the border in the U.S.,” he said.

Most of the power from the Willow Creek project, and the emissions offsets, will be sold to TC Energy under a power purchase agreement, while the remainder will go into Alberta’s wholesale power pool. Eva said creating the largest facility in Canada creates economies of scale, lowering electricity costs among a wider group of consumers.

“If you can build a larger project, you can spread costs across a larger base. You can deliver power in a more economical fashion. The ability to go bigger does allow you to (pass) over those savings onto your customers,” he said.

Renewable energy has been Eva’s main interest since his time at Queen’s University in Kingston, Ont. He said he was always fascinated by the challenge of utilizing our natural resources without harming the earth.

Eva started his career at consulting firm McKinsey and Company before jumping around at a few different energy companies, then landing the vice president’s role at Capstone in October 2013. By 2017, he was named a board member and appointed CEO.

For Eva, who has now been in the industry for nearly two decades, the eruption of the clean energy industry was slow until it took off during the past seven years.

“The changes are staggering. We went from being a curiosity, not proven in terms of its reliability in the early days, and (not) cost competitive. Now we’re a necessity,” he said.

Whether it’s working with Obton or other partners, Eva said there are far more serious players engaged in the sector now, and with more money to invest.

“There’s sophisticated investors. You’re dealing with highly experienced companies who know how to do this and people that have now spent decades of their career working in this sector,” said Eva.

While the Claresholm project is a major win for Capstone, the company is not resting on its laurels. It intends to break ground soon on two additional solar farms in Western Canada, as well as moving forward with plans to build a wind farm in Saskatchewan.

Capstone may be headquartered out of Toronto, but Eva acknowledged it has significant plans to continue building clean energy facilities in Wildrose country.

“We remain very committed to the Alberta power market and the ability for renewable plants to deliver cost-effective clean electricity to both interested corporate buyers and the ratepayers of Alberta,” he said.

EDITOR’S NOTE: This article was updated to correct the amount of emissions which will be offset through the program. The article incorrectly stated “megatons”. The correct amount is “metric tons.” SustainableBiz.ca apologizes for the error.

Ahmar Khan Transportation Renewable Energy National Apr. 19 2021
Ahmar Khan Journalist
Ahmar Khan is a journalist based out of Toronto, Ontario, who covers business, politics, race, sports and inequality across Canada. Khan has bylines in Yahoo News, Politico, the Toronto Star and previously worked for CBC and CTV as a reporter and producer at the local and national levels.