Artificial intelligence is often dubbed as the future. BrainBox AI is proving it’s the present, a... 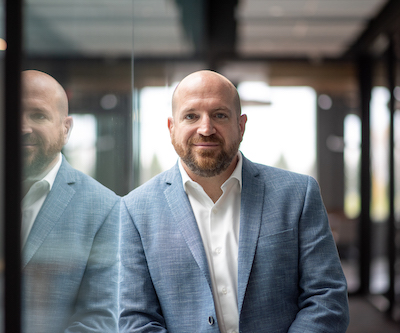 Artificial intelligence is often dubbed as the future. BrainBox AI is proving it’s the present, as it continues to employ AI to significantly reduce emissions in buildings across the globe. Recently, the Montreal-based company reported its platform produced energy savings of 25 and 29 per cent in two GWL Realty Advisors buildings in Toronto.

“We generated very meaningful reductions in the energy consumption of those heating and cooling systems,” said Sam Ramadori, president at BrainBox AI.

The technology reduces energy usage through its deep learning and algorithms which control the heating, ventilation and air conditioning (HVAC) systems. Through autonomous engineering it limits the need for human intervention, therefore maximizing energy efficiency.

“We’re able to use autonomous artificial intelligence as an intelligence layer on top of the heating and cooling system in buildings,” Ramadori said.

“We’re not changing any single piece of equipment; it is purely an AI intelligence layer that’s delivering these kinds of results,” said Ramadori.

According to BrainBox, HVAC systems usually are responsible for 45 per cent of a building’s energy consumption making it the leading energy user in a building. Ramadori said there were no unique circumstances involved with the GWLRA properties – that these results are typical of what’s expected from the technology. He said the AI is great at predicting future usage patterns, and how to regulate a room or hallway in a building.

“It’s the exciting application of autonomous artificial intelligence and how we can just use that to make things more efficient and make intelligent decisions in real time,” he said.

Ramadori said in order to achieve net-zero efficiencies within a building, a system such as BrainBox would need to be paired with a deep retrofit of the building’s systems. However, it’s not an “either/or” situation, as entirely focusing on retrofits can be difficult given the lack of skilled labour. By working in conjunction with BrainBox, building owners and operators can reduce emissions without any structural changes.

“Our technology is very cost efficient and can rapidly reduce carbon emissions by 20 to 40 per cent right away, in a scalable manner versus deep retrofits that are long, expensive and intrusive,” said Ramadori.

BrainBox recently announced a partnership with U.S.-based WattTime, an environmental technology non-profit which empowers people and organizations to slash emissions and use cleaner energy. WattTime’s technology focuses on the carbon intensity being used at a given time, identifying whether or not it’s renewable energy, allowing companies to run on cleaner energy.

“We’re just layering that into our existing data engine, so we can keep layering on data once that autonomous decision-making capability has been installed,” he said.

Ramadori, previously Brainbox’s chief operating officer, has followed a unique path to working in the green tech and AI space. The University of Ottawa and Western University alum worked in senior operational, investor, and executive roles at private equity firms, including Walter Capital Partners and Brookfield Capital Partners. However, when he saw an opportunity to work in the sustainability sector, Ramadori leaped at the chance.

“When I found out the impact they would have globally from a climate change perspective, it’s one of those opportunities in life you jump in with both feet full-on,” he said.

Now that he’s been in the space for two years, Ramadori believes the AI and sustainability sectors need to move quicker. He said traditional workplaces and companies need greater incentive to want to go green, because the time remaining to minimize the effects of climate change is slipping away.

“We need to move faster and there needs to be incentives to take risks. It needs to happen from people at the top to those working day-day, too. The whole structure around implementing technology needs to get more aggressive,” said Ramadori.

When it comes to the real estate sector, Ramadori looks at the housing swell and notes that in Canada, especially in major cities like Toronto and Vancouver, we’re likely going to see a boom of multi-use buildings. In those cases, with urbanization becoming the focus as building towers go up, he thinks the need for technology like BrainBox will be paramount.

“We will see enormous urbanization in the coming decades, so with the existing building stock and the ones to be added, we need to make those more efficient,” he said.

Ahmar Khan Energy Energy efficiency Ontario Apr. 23 2021
Ahmar Khan Journalist
Ahmar Khan is a journalist based out of Toronto, Ontario, who covers business, politics, race, sports and inequality across Canada. Khan has bylines in Yahoo News, Politico, the Toronto Star and previously worked for CBC and CTV as a reporter and producer at the local and national levels.