With the electrification of transportation quickly becoming the face of the green technology indu... 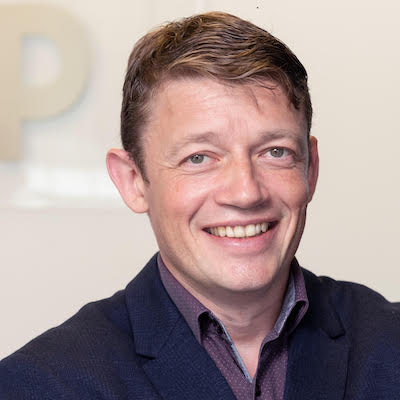 With the electrification of transportation quickly becoming the face of the green technology industry, Vancouver-based Loop Energy and Albuquerqe, New Mexico’s BayoTech are collaborating to make hydrogen fuel a more economical, and thus morepopular option.

As part of their venture, Loop Energy will focus on creating fuel cell systems which lower the amount of hydrogen needed, while BayoTech will look to reduce the cost of hydrogen fuel itself.

“We believe that hydrogen vehicle cost of ownership and easy, economical access to the hydrogen fuel are closely intertwined and are both critical to successful project development,” said George Rubin, chief commercial officer of Loop Energy.

Loop’s fuel cell systems are most prominently designed for commercial vehicles like transit buses, medium- and heavy-duty trucks and other heavy-duty equipment. The company boasts a proprietary eFlow technology which is supposed to allow for optimal performance while keeping costs at a minimum.

Pairing with BayoTech was natural, according to Rubin. The firm’s ability to produce hydrogen fuel addresses the major concern about hydrogen-powered vehicles — affordability.

“Getting the hydrogen fuel is one of the major questions on consumers’ minds, and this not only focuses on lowering the cost from the battery side, but also from the source itself,” said Rubin.

In Rubin’s eyes, the collaboration addresses the challenges and skepticism of adopting a hydrogen electric vehicle. While the partnership with BayoTech is not exclusive, Rubin noted Loop Energy prides itself on having close relationships with many original equipment manufacturers and this deal unfolded as the two companies continued to work together on a number of projects.

“As we both built our market presence and tried to accelerate the growth of the market, it became evident pretty quickly that by combining our efforts it would stimulate business,” he said.

In the past month, Loop announced two major agreements for its hydrogen fuel cells, one with German-based Rheintal-Transporte for battery electric trucks and the other with Morello Giovanni, an Italian-based manufacturer for heavy-duty material handling equipment. The company’s technology is in use in Europe, Asia and across North America.

“This is a very exciting time for the hydrogen industry, a lot of it is driven by the overall maturity of thinking within the transportation industry,” said Rubin.

Rubin considers the electrification of transportation more than just a hot trend, but a creeping reality that will emerge as the future of the automotive industry.

The hydrogen sector, he said, has grown tenfold over the past several years. He thinks hydrogen fuel is becoming more popular because while charging infrastructure for large commercial fleets can be expensive, utilizing electric batteries and hydrogen fuel can improve vehicle performance while not carrying the weight of larger batteries.

“You quickly move to hydrogen fuel cells needed to extend the range of the batteries and reduce the weight of electric batteries, while ensuring that it can do what a diesel vehicle can,” said Rubin. “The combination of fuel cell with batteries works better than just a battery, because it matches the functionality in terms of range, payload, passenger capacity, axle load.”

For instance, with the biggest expense of hydrogen vehicle ownership being fuel cost, Loop says its technology allows consumers to save up to 16 per cent on fuel versus its hydrogen competitors. So a bus travelling 500 kilometres per day, according to Loop’s data, would save 2.3 tonnes of hydrogen annually – $23,000 of savings versus its competitors.

Rubin joined Loop in 2020 as managing director, commercial strategy before transitioning to the role of chief commercial officer. He’s spent most of the past two decades focusing on clean-energy companies, while also operating in the sales and business development side of the business.

He was the co-founder of Day Energy Inc., a solar electric start-up which exceeded $350 million in sales within seven years.

While the hydrogen electric sector is relatively new to Rubin, the seasoned energy executive thinks it’s only a matter of time before Loop grows into an industry leader.

“I think the future is bright because of the dynamics of the hydrogen fuel cell space overall,” he explained. “Our products are specific and address the most urgent needs for consumers — making hydrogen vehicles economical.”

With multiple original equipment manufacturers serving the space, Rubin said it’s easy for companies to move from battery electric to hydrogen electric, but tougher to go from diesel to hydrogen. He noted that battery paired with hydrogen fuel is likely going to be the most optimal option for commercial fleet operators moving forward, especially long-haul truck drivers who will need the extra mileage.

“This is the industry where hydrogen has the highest rate of early adoption, because it makes a kind of business sense because there’s manufacturers ready to implement hydrogen fuel cells into part of their design,” he said.

Derek Clouthier Transportation Ballard International Mar. 31 2021
Ahmar Khan Journalist
Ahmar Khan is a journalist based out of Toronto, Ontario, who covers business, politics, race, sports and inequality across Canada. Khan has bylines in Yahoo News, Politico, the Toronto Star and previously worked for CBC and CTV as a reporter and producer at the local and national levels.