The Canada Infrastructure Bank (CIB) will invest up to $50 million over the next five years in Ef... 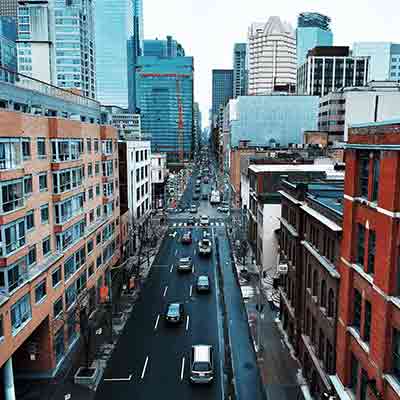 The Canada Infrastructure Bank (CIB) will invest up to $50 million over the next five years in Efficiency Capital‘s $62.5-million private sector energy efficiency and low-carbon retrofits management platform.

Through a wholly-owned special purpose vehicle, Efficiency Capital will become a “Retrofit Aggregator” under the CBRI program, under which CIB financing will cover up to 80 per cent of the capital costs on eligible projects. Efficiency Capital’s impact investors will provide the remaining capital.

Efficiency Capital will offer a variety of solutions — from LED lights, heat pumps and HVAC retrofits to onsite solar PV and energy storage – provided the projects achieve a minimum of 30 per cent in GHG reductions, as required by the CBRI. Further, there can be no less than a 25 per cent reduction in any one asset.

“We divide the market into two large buckets, which are commercial real estate and then enterprise,” said Matt Zipchen, Efficiency Capital’s president. “Then within those buckets are larger segments which we will then further segment depending on building type or industry.”

The CIB and Efficiency Capital are expected to close on the investment by this fall, allowing the retrofit work to begin.

In 2015, Efficiency Capital became involved with The Atmospheric Fund (TAF) — a non-profit created by the Toronto city council in 1991 to combat climate change and invest in low-carbon solutions for the Greater Toronto and Hamilton Areas.

TAF had initiated the Energy Savings Performance Agreement (ESPA) program to demonstrate investment models aimed at decarbonization. Initially, this was focused on social housing “for about four or five years” before TAF incorporated Efficiency Capital to bring that third-party investment model to other building segments.

Efficiency Capital has invested in 55 retrofit installations that will generate savings of 50 million kWh of electricity, 20 million square metres of natural gas, two billion litres of water and reductions of 25 kilotonnes of GHG emissions over their lifetime.

The CIB has an overall goal of investing up to $5 billion in green infrastructure. When the bank launched several committees to explore its retrofit initiative, the two companies became “quite intimate” over the six-month application process.

Zipchen and Efficiency Capital are open to working with the CIB beyond the five-year funding agreement.

“I think as we go from industry segment to industry segment . . . I mean food and beverage alone, we could deploy all $50 million right there easily, and the CIB has a mandate to facilitate capital into decarbonization,” Zipchen said.

According to Zipchen, working under the CBRI program will allow for deeper retrofits over a longer timeframe.

“A lot of projects that we previously did under the ESPA program would usually have about 10-year contracts,” Zipchen said. “Which means that if you’re trying to do really deep retrofits, it’s hard to accomplish in that timeframe while keeping your monthly payments under what a lot of building owners would call reasonable.”

These new contracts will be 20 years, while also reducing capital costs and maintaining a similar monthly payment profile. The deep retrofits would involve the redesign of outdated systems, technologies and fuel sourcing, as opposed to just yearly equipment upgrades.

In commercial real estate, Efficiency Capital will look at the traditional sectors such as multifamily residential, office, retail and light industrial. In the enterprise bucket, Zipchen highlighted food and beverage businesses in Ontario, though it could involve a wide range of sectors.

“We have this $50 million to deploy over the next five years,” Zipchen said. “If you consider that an average retrofit project could be anywhere from $2 to $5 million, then you get the the average number of projects we’re looking to complete.”

The CIB funding is reserved for for-profit, private-sector building contracts. Efficiency Capital has other funding relationships for social housing, not-for-profit and government buildings.

Zipchen compared Efficiency Capital’s role to the development of solar panel technology over the decades, explaining it was only about 20 years ago that its business models were standardized, allowing the panels to become their own asset class.

He wants the same transformation for the third-party decarbonization developers.

“That idea of the third-party developer, third-party money, third-party risk, is what we’re really looking to scale across Canada to really help achieve the net-zero 2030 and 2050 decarbonization goals,” he said.

Nicholas Sokic Transportation Net-zero National Jun. 10 2022
Nicholas Sokic Business reporter
Nicholas Sokic is a freelance, Toronto-based journalist. He has covered a number of sectors, including business, finance, crypto, health, cannabis and culture. He graduated from Western University's Master of Media in Journalism and Communications program in 2019.