An acceleration in green building retrofits could result in two million direct job years of emplo... 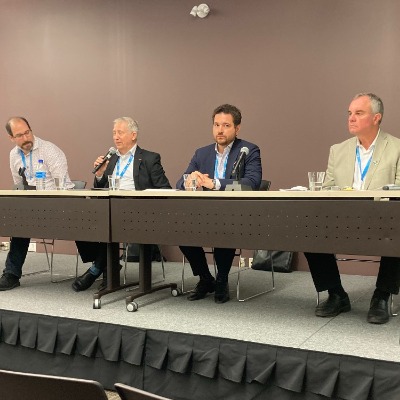 An acceleration in green building retrofits could result in two million direct job years of employment to upgrade 730 million square metres of floor space between now and 2050.

This is according to the most aggressive scenario in a green retrofit economic study by the Canada Green Building Council (CaGBC) and Toronto-based sustainability consultancy Delphi Group.

Under the “moderate scenario”, Canada can expect 777,000 direct job years, generated from retrofits on 445 million square metres of building space.

The report was unveiled at Building Lasting Change, a CaGBC green building conference in Toronto, and was accompanied by a panel discussion.

However, even without an increase in the pace of retrofits, the report anticipates a shortage of skilled labour required to complete the greening of Canada’s buildings. Across both scenarios, the biggest labour bump needed will be for electricians, contractors and those in the HVAC trades like plumbers, gas fitters, steam fitters, pipe fitters and air-conditioning mechanics.

“Irrespective of the green movement, we are in a place where labour and supply chains have significant shortages all around us, so how we think creatively about how we address that becomes important,” said Akua Schatz, the CaGBC’s vice president of advocacy and market engagement, who was the panel moderator.

Schatz stressed while many skills will be needed to complete these green retrofits, there is an emphasis on integrated design process and overall communication abilities to assist professionals who haven’t undertaken previous sustainability projects. This thinking also applies to the need for a baseline green literacy.

Anthony Cupido, the research chair of sustainable building technologies at Mohawk College in Hamilton, mentioned the college’s Joyce Centre for Partnership and Innovation. In 2019, the centre became the first building in Canada to receive Zero Carbon Building Design and Performance certifications from the CaGBC.

“I was just on the phone last week with Queen’s University talking to them about a potential zero-carbon building,” Cupido said. “We’re trying to utilize and leverage an existing building to educate others.”

Cupido explained the centre contains learning stations for the technologies that allowed it to reach zero-carbon.

“How do we integrate together and deliver the service that is needed on every building project?” said Antoni Paleshi, senior energy performance specialist at WSP Global Inc. (WSP-T) “How we grow our existing buildings practice quickly to serve this market is a really big challenge.”

The labour shortage will also affect products used, either via an insufficient supply or making sure they actually exist. Schatz’s example for the latter is to come up with better sourcing of wall recladding systems.

Ontario and Quebec have the most potential to contribute employment opportunities through these retrofits at 644,000 and 505,000 jobs respectively under the accelerated scenario. This cumulatively represents more than half of the total green jobs expected to be created nationally.

Dom Costantini, the vice-president of operations at Bird Construction Inc., (BDT-T) said the conversations he and Bird are having with clients on building portfolio upgrades are happening “like never before.”

The report labels B.C., Ontario, Quebec and Nova Scotia as the provinces best equipped to lead in green retrofits thanks to a variety of financing tools including incentives, rebates and performance requirements. Ontario and Quebec have the largest inventory of building stock available for retrofit, and thus the most amount of potential job years created at 275,170 and 223,680 respectively.

“There is a deficit of upcoming talent that is just not there, or not interested, or not being engaged or attracted,” said Costantini. He said it’s important to encourage youth and high school students to pursue opportunities in the trades.

For perspective on the incoming deluge of green retrofits, Gregory Balycky, a director of investments at the Canada Infrastructure Bank, said when he joined three years ago, retrofits were not within the scope of the CIB.

“One of the things we’re trying to do is help in transforming a market into creating lasting change and also recognizing retrofits as an individual asset class,” Balycky said. “I think that as the market becomes more aware and knowledgeable of that, then it’ll create a pathway forward for more projects getting done.”

The federal government plans to have a national retrofit code by 2030 titled Alterations to Existing Buildings. Another incentivization for green retrofits is the looming carbon price increase from $30 per ton to $170 per ton in 2030. The report states “some building portfolio owners are already using a $300/tonne shadow carbon price for transition planning purposes.”

Nicholas Sokic ESG CIB Toronto / GTA May. 13 2022
Nicholas Sokic Business reporter
Nicholas Sokic is a freelance, Toronto-based journalist. He has covered a number of sectors, including business, finance, crypto, health, cannabis and culture. He graduated from Western University's Master of Media in Journalism and Communications program in 2019.