A realistic path to sustainability for Canada’s construction industry

Cooling and air exchange systems in buildings are taking precedence as extreme weather in Canada... 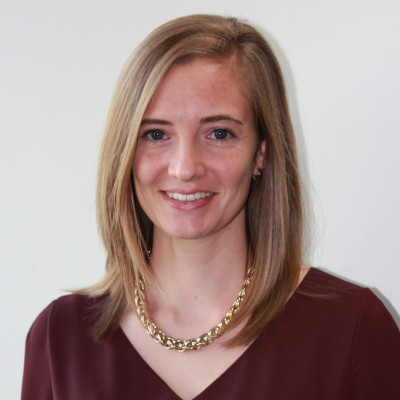 In the depths of summer, our attention is drawn to the cooling and air exchange systems in the buildings where we live and work. Higher temperatures, extreme weather events and shifting rainfall patterns are all evidence of climate change in Canada, and a recent heat wave brought this to the centre stage.

Historically, buildings had draughts, which often entered through cracks and gaps in the fabric of the structures. In the past, building envelopes were not airtight, and air exchange occurred through windows, doors and the envelope itself. Tightening up buildings during construction was not a priority; there was no focus on the air exchange within buildings, and hence, there were no common building standards for cooling and air exchange.

However, as buildings become more airtight, requirements are starting to emerge, with a renewed focus on air exchange.

Cooling systems as an emerging need

Climate change is affecting health, and it will continue to do so in the future, as stated by Health Canada. Canada’s large land mass means people will face a range of health risks that vary between regions, and heat wave events resulting from climate change are a growing public health risk. In 2009, 156 people lost their lives to extreme heat events in B.C., followed by 595 people in the province in 2021.

As municipalities in the Lower Mainland move through the BC Energy Step Code, buildings must become more airtight. Airtight buildings require a greater focus on building ventilation and the number of air exchanges. Heating, ventilation and air conditioning (HVAC) systems allow air to pass between the indoors and the outdoors, filter the air and provide heating and cooling.

Depending on the level a developer meets in the BC Energy Step Code and the geographic area in which a project is located, the air exchange method differs. For instance, historical construction methods may be similar to Step One, while a Passive House is at the other end of the scale — the most airtight structure. Heat recovery ventilators (HRV), energy recovery ventilators (ERV) and constant volume regulators (CVR) are among the systems developers can utilize, some of which work better in humid maritime conditions and others in arid climates.

By working closely with mechanical engineers, developers can ensure building specifications meet the adequate number of air exchanges based on the code requirements.

Vancouver City Council approved a policy to commence in 2025 requiring all new multi-family homes to have mechanical air cooling equipment installed. It would not come as a surprise if other municipalities adopted similar policies in the future, given the effects of climate change B.C. is battling.

While the choices made by developers now are in preparation for the future impacts of a changing climate, the most sustainable solution is utilizing the passive design and envelope of a building.

On the installation side, CleanBC is pushing for the use of HRVs because these systems are considered more environmentally sustainable than air conditioners requiring refrigerant coolant. Developers can also work to target new technologies and standards for occupant health that have strict criteria for air exchange.

Fitwel, a leading global certification system committed to building health, is one example. Adera is targeting Fitwel (first created by the U.S. Centers for Disease Control and Prevention) in its mass timber communities. This certification has air quality requirements for buildings, including a tobacco- and smoke-free environment, asbestos-safe property, chemical storage ventilation, shades in bedrooms to mitigate heat, operable windows in units and operable windows in shared spaces. The latter of which is a passive design solution for mitigating heat.

In multi-family complexes, mass air circulation is not common; it would be in an office building. Individual units have air exchange systems, and it’s necessary to educate homeowners about the importance of air exchange for occupant health and also building health. Building code requirements have started to consider air exchanges, and when developers enter higher BC Energy Step Codes, they need to start understanding the implications for both users and buildings.

Developers are working towards holistic, sustainable approaches to development and air exchange systems, yet, there is a long way to go.

A realistic path to sustainability for Canada’s construction industry

Sarah Bingham is the Director of Development and Sustainability at Adera Development Corporation. She received a Master of Urban and Regional Planning degree from Queen’s University and is a Registered Professional Planner. Sarah has worked in the real estate industry for over a decade, focusing on multifamily residential communities in B.C's Lower Mainland. Outside of work, Sarah can usually be found outdoors, enjoying the forests and oceans of B.C.