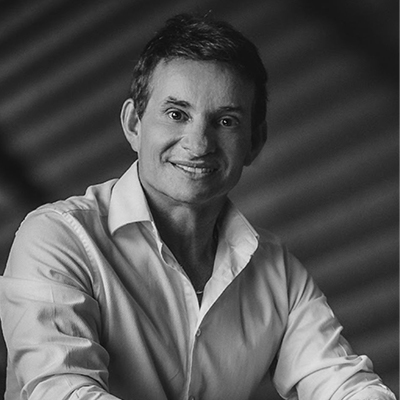 “The whole idea started with a personal situation when my daughter got sick (10 years ago) with a chronic digestive disease. We understood from the doctors it was because of biological contamination in drinking water,” says Blutrich.

The Toronto-based real estate developer began investigating water and air quality in buildings and became convinced there is a major public health issue in North America.

In 2019 he founded Clear, which provides water and air purification systems for commercial buildings. Now the business is ramping up at a time when health and air quality are top of mind as building owners and their tenants grapple with pandemic and climate change air quality issues.

The firm operates on a subscription basis. Clear owns the equipment, does the installation, provides maintenance and parts replacement and charges a monthly fee.

Blutrich says he chose a subscription model because as a developer and real estate owner himself, he wouldn’t want the headache of being sold an expensive system and left alone with it.

A subscription system means there’s no capital cost to developers. The fee for 300 condos in a tower should be around $3,000 which means $10 per unit, says Blutrich.

The Clear equipment can be used in existing properties as well as new projects.

Clear has installed its system in the Vogue Hotel in Montreal where it is up and running.

Toronto-based Lifetime Developments signed a strategic partnership with the firm in March to employ the Clear system in future projects. And Blutrich says his private development company will put the systems into a planned hotel in Toronto and two projects in Miami.

Ryan Merkur, chief operating officer and vice president of sales for Clear, says the technology being used for water purification is the same technology used by drink manufacturers and pharmaceutical companies. 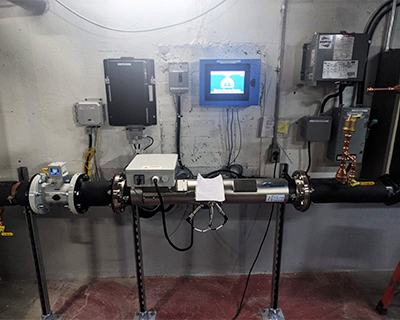 Water that enters the main pipe of the building is treated with UV sterilization. No chemicals are added to the water, and it kills 99.97 per cent of viruses, pathogens and bacteria. (Courtesy Clean Inc.)

Water entering the main pipe of the building is treated with UV sterilization. No chemicals are added to the water. Merkur says the equipment kills 99.97 per cent of viruses, pathogens and bacteria.

It does not filter particulate or sediment.

Merkur says cities do a fine job of water treatment at central facilities.

“The problem is most of our cities have 75 year-old-pipes … Every year they replace sections but it’s an imperfect solution. The result is redundancy. They send the treated water through pipes that are reintroducing bacteria and that’s what is coming into our buildings,” he says.

The air purification side of the system involves wall-mounted units in public areas of buildings which receive little airflow, such as corridors, elevators, lobbies and amenities.

The system includes sensors monitoring water and air quality throughout the building and the information is displayed for residents.

“On our back end we’re able to track the system, with access to all the technology to see if there are any alerts. We track 24/7 through our remote connection,” says Merkur.

Blutrich says Clear will provide the data collected by its systems free to research institutions to boost research into indoor water and air indicators and health.

The firm has fewer than 10 employees but with subcontractors, there are about 40 people working on the technology and execution, says Blutrich.

Interest in Clear’s offerings is high, especially because of the pandemic, he says.

In the past real estate owners were interested in nice lifestyle, a nice view and finishes in the kitchens.

“I think it is moment in history we are starting to understand better how important it is to live in buildings that keep us healthier,” says Blutrich.

Phil Fung Real Estate LEED National Nov. 23 2021
K
Kathy Kerr Business reporter
Kathy Kerr is an Alberta journalist with four decades of experience as a writer and editor. She covered general news and provincial politics as a reporter for the Calgary Herald in the 1980s and worked at the Edmonton Journal from the 1990s to 2016 in several editor roles, including business editor, city editor, features editor, editorial page editor and finally deputy editor of the Postmedia Edmonton newsroom. Kathy is now a freelance writer and commentator.