Exro Technologies Inc. has signed a strategic development and distribution agreement with Inferno... 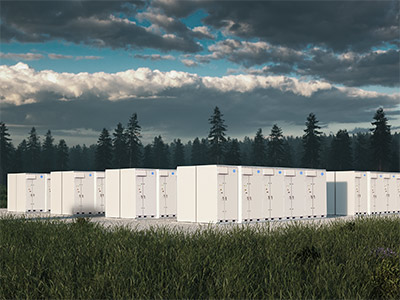 It will consist of a solar panel array and stationary energy storage for commercial and industrial sites, and can also accommodate charging infrastructure for electric vehicle (EV) charging facilities.

Exro (EXRO-T) will be the sole storage supplier to Inferno’s commercial and industrial customer base beginning as early as Q2 2023, with Inferno holding exclusive distribution rights in Western Canada for a period of five years.

“(The Cell Driver was built) around the ability to, No. 1, combat the supply chain that we know is going to become a pretty bad issue with the ability to have enough lithium or other minerals to be able to supply both EVs and the grid,” said Sue Ozdemir, Exro’s CEO. “But, also to repurpose them into second life was the big driving factor for us.”

Founded in 2019 and based in Edmonton, Inferno is an EV and solar charging solutions provider. It has installed more than 10,000 solar panels, providing more than 4,700 MW-h of power annually throughout Western Canada.

Inferno is the first partner Exro has engaged for its Cell Driver system. The two companies first came into contact when Inferno installed solar roofs onto Exro’s net-zero facility in Calgary, where the Cell Driver technology is produced.

From there, Ozdemir said it took about six months of discussion to create the Inferno System and the partnership.

The companies haven’t released details yet about buyers for the Inferno System, although Ozdemir stated it is ideal for commercial and industrial buildings over 20,000 square feet in size. She envisions full production with Inferno on in-the-field projects in Q3 2023.

The Inferno System will also be capable of peak shaving, which involves proactively managing overall demand to eliminate short-term spikes, which set a higher peak.

Under the five-year agreement, Inferno retains exclusive rights to market and distribute the Cell Driver as a component of the Inferno System in B.C., Alberta, Saskatchewan, as well as the Yukon, Northwest and Nunavut territories.

“We want to reduce emissions at the lowest cost per unit, and commercial and industrial buildings are some of the lowest-hanging fruit,” said Curtis Craig, president and founder of Inferno Solar in a statement on the partnership.

Ozdemir also said if the partnership goes well and Inferno wants to grow outside of Western Canada, Exro would be willing to expand the relationship.

The Cell Driver is also equipped with Exro’s Battery Control System, which can manage the charging and discharging of battery cells.

According to a brochure on the technology, Cell Drivers will almost double the lifetime of an EV battery while cutting down on emissions and costs. The 90 kW/192 kW-h system can also help with load shifting — buying energy at low prices and discharging at high prices. Ozdemir states its competitive to market pricing in the commercial and industrial space.

“For us the core product of the Cell Driver and the ability to be able to do things like the Inferno System with other integrators, 100 per cent we’re looking to scale,” Ozdemir said. “We’re looking for partners now and will scale everywhere across North America for 2023.”

The Cell Driver has completed the first phase of testing requirements for Underwriters Laboratories product certification, which is required in North America to connect to the grid.

In April, SustainableBiz reported on Exro’s similarly named Coil Driver technology, which acts as a replacement for the classic inverter by removing the need for multiple gearboxes and motors in EVs. There too, Exro partnered with several other companies such as the California-based electric motorcycle producer Zero to integrate its technology.

The partnerships aren’t limited to the commercial and industrial space. Exro is in talks with several utility-sized projects and is also considering residential utilities, with the caveat that is a “pretty saturated space.”

“It’s more centralized, larger-type partners like Inferno who know their space, know their geography and can help us to accelerate and go quickly,” Ozdemir said. “So I envision that we’ll have some in the West Coast, on the East Coast, some in central (North America).”

She said Exro is constantly considering other ways to further its business: “It’s definitely not the only product on our roadmap for battery systems.”

Exro tests Coil Driver system in EVs around the world

Nicholas Sokic Energy Mitrex International Sep. 28 2022
Nicholas Sokic Business reporter
Nicholas Sokic is a freelance, Toronto-based journalist. He has covered a number of sectors, including business, finance, crypto, health, cannabis and culture. He graduated from Western University's Master of Media in Journalism and Communications program in 2019.