Hydrofuel Canada Inc. plans to marry two cutting-edge technologies which it says will allow it to... 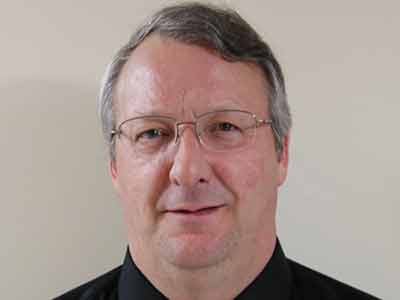 Hydrofuel Canada Inc. plans to marry two cutting-edge technologies which it says will allow it to produce hydrogen-rich green ammonia for a fraction of the cost of previous processes, then separate the hydrogen for fuels.

Hydrofuel recently announced it has acquired exclusive rights to Micro Ammonia Production System technology (MAPS), which it will combine with its own Kontak Hydrogen Storage platform. Company CEO Greg Vezina told SustainableBiz the resulting green ammonia can be marketed for as low as $220 per tonne.

“Hydrogen is the holy grail, the problem is hydrogen doesn’t like to be hydrogen. It likes to be hydrogen and something else,” said Vezina, who has been Hydrofuel’s chairman and CEO since its 1979 founding — back when it was known as the Canadian Alternative Energy Corp.

“The challenge has been to make the ammonia cheap enough that it’s competitive with hydrocarbons, and to get the hydrogen back out of the ammonia at a tactically or economically efficient way. We’ve done both.”

Hydrofuel, Kontak and the MAPS technology

Hydrofuel acquired Issaquah, Wa.-based Kontak in November, after Kontak developed a technology that separates hydrogen molecules from ammonia. The agreement for the rights to MAPS, a patent-pending technology, has just been completed by Hydrofuel after being developed by a team at the Georgia Institute of Technology.

MAPS can produce high-yield ammonia using air and water. Ammonia is a colourless gas comprised of one part nitrogen and three parts hydrogen. While corrosive to humans, it is used in the manufacturing of many products like textiles and plastics, and is a critical ingredient in fertilizer among many other uses.

Ammonia is also carbon-free and actually contains 1.5 times more hydrogen, based on volume, than liquid hydrogen.

Hydrofuel said using electricity at $0.02 per KWh, it can produce the ammonia at the $220 per tonne price point. Even at $0.08 per KWh, the company says the fuel would be cheaper than comparable hydrocarbon-based fuels.

Then, using Kontak’s technology, hydrogen can be separated from the ammonia to sell at about $1.50 per kg. According to a company release, green hydrogen produced from renewable sources sells for up to $15 per kg.

MAPS was created in 2019 by Dr. Reza Nazemi and Dr. Mostafa El-Sayed, both from Georgia Tech’s school of chemistry and biochemistry. After the university announced plans to license it, Vezina said Hydrofuel contacted them “within minutes.” After a few months of bidding, Hydrofuel obtained the exclusive license.

Kontak’s technology can release hydrogen from a dozen potential carrier molecules identified so far. Of the carriers, the highest storage capacity was found in anhydrous ammonia, with 17.3 per cent hydrogen by weight, stored in liquid form like propane.

Hydrofuel and Nazemi are negotiating an agreement with Colorado State University to complete a commercial application and demonstration of MAPS starting in July. From there, Mississauga-based Hydrofuel wants anybody who needs hydrogen for any purpose to come to them.

Part of the “microscale” aspect is the decentralized nature of MAPS. Users like farmers, for example, would be able to produce ammonia and hydrogen on-site.

The Georgia Tech release states the ammonia produced from MAPS can be used to store hydrogen in times of excess supply in the grid.

Hydrogen and ammonia can also be used as fuel sources. Kontak’s patented reactor can filter the hydrogen out of the ammonia and send it to a fuel cell or internal combustion engine.

Through that process, the weight of the fuel is reduced as hydrogen is consumed. This makes it useful for commuter, drone and regular aircraft travel of up to 5,000 kms., as well as for marine, transport truck, agricultural/industrial engines and power generation uses.

Potential application for the technology

One potential application of the MAPS/Kontak technology is in Hydrofuel’s deal with Toronto-based TFX International Specialized Vehicle Transport.

TFX will provide two diesel-fuelled generators and transport trucks to be converted to use Hydrofuel ammonia/hydrogen fuel over three years, beginning in 2023. The deal was first announced in June, 2019, but was delayed due to the pandemic.

At first, the $2 million project was meant to utilize Hydrofuel’s Ammonia Solutions aftermarket multi-fuels engine retrofit systems, but now will include the use of the MAPS and Kontak technologies.

Nicholas Sokic ESG Net-zero National Apr. 5 2022
Nicholas Sokic Business reporter
Nicholas Sokic is a freelance, Toronto-based journalist. He has covered a number of sectors, including business, finance, crypto, health, cannabis and culture. He graduated from Western University's Master of Media in Journalism and Communications program in 2019.