mCloud technology to be used in Slate’s Calgary Life Plaza

Moving its headquarters to Calgary is already paying off with new business for mCloud Technologie... 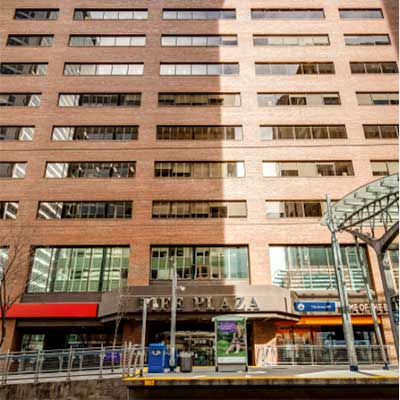 Moving its headquarters to Calgary is already paying off with new business for mCloud Technologies Corp. The firm has announced a three-year contract to incorporate its AssetCare HVAC technology in Slate Asset Management’s downtown Life Plaza office tower.

The agreement is with Colliers Macaulay Nicolls Inc., an agent of Slate, and is set to renew in November 2025.

The mCloud AssetCare solution will provide indoor air quality to all 18 floors and 235,000 square feet of the Life Plaza.

The AI also offers active air purification. Using the data collected, AssetCare can also model and predict the risk of viral infection in the space.

“The AI lets us monitor whether the building has adequate airflow. Given the number of people who are inside, we can do things like drive more ventilation, less ventilation at certain times of day in order to make sure that the airflow is adequate,” said Barry Po, mCloud’s chief marketing officer and executive vice president, in an interview with SustainableBiz. “We’re able to ensure that the act of air purification is in fact actually having a material effect on the quality of the air.”

The company says AssetCare can drive HVAC energy improvements up to 25 per cent. Also installed are mobile-scannable QR badges throughout the building to allow occupants to get live readings of the indoor air quality in their surroundings at any time.

Po said mCloud struck up a relationship with Slate after the February announcement the firm would move its headquarters to Alberta from Vancouver. The Alberta government introduced mCloud to the Crown corporation Invest Alberta, which in turn put the company in touch with asset managers including Slate.

While he says there are case studies from mCloud yet to be released, he did reveal some promising results.

“If you compare a building pre-implementation of our solution, compared to what life is like inside the building now, and you take a look at particle matters,” said Po, “we’re able to actively reduce up to 92 per cent of the particulate matter count throughout a building on a continuous, ongoing basis.”

The creators of mCloud wanted a way to drive energy efficiency while keeping building occupants safe, ideals that could potentially be at odds.

MCloud is headquartered in Calgary but also has offices in Edmonton and Vancouver, as well as San Francisco, Atlanta, Perth, Singapore, Beijing, London and Trnava, Slovakia. Other customers include the Bank of America, Starbucks, Telus and DQ.

AssetCare is currently deployed to about 7,000 buildings around the world. Overall, mCloud handles more than 63,000 assets for over a hundred clients.

In November, it was ranked the 57th fastest-growing company in North America by Deloitte.

Slate is a real estate asset management firm with approximately $6.5 billion in assets under management. Among its verticals is a Slate Office REIT, which is focused on downtown and suburban office properties.

SBC Staff Finance Proptech National Oct. 22 2021
Nicholas Sokic Business reporter
Nicholas Sokic is a freelance, Toronto-based journalist. He has covered a number of sectors, including business, finance, crypto, health, cannabis and culture. He graduated from Western University's Master of Media in Journalism and Communications program in 2019.