PCL Construction has seen a 60 per cent increase in solar construction revenue year-over-year, re... 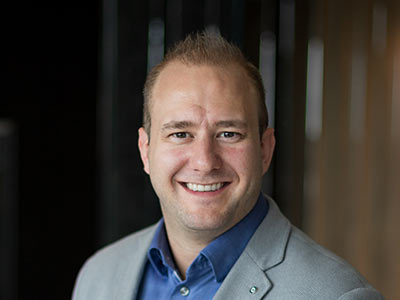 PCL Construction has seen a 60 per cent increase in solar construction revenue year-over-year, reaching over a half a billion dollars in 2021. By the end of the 2022, it expects to hit just under $800 million in solar revenue.

The company’s solar team also nearly doubled in the same time period, growing from 119 employees to 214. To date, PCL has contracted over $2 billion across more than 50 solar projects.

This dramatic increase has been a long time coming, according to PCL’s director of solar Andrew Moles. Plans to enter the renewable energy space in Ontario began around 2009 and 2010, before formally launching in 2011.

For seven years, PCL, which is headquartered in Edmonton, conducted solar operations solely in Ontario.

In 2018, the company launched a solar centre of excellence to help other professionals enter the space. Today, the company has expanded across Canada, most recently venturing into B.C.

It has also opened solar operations in seven U.S. states, as well as Australia.

“It was well thought out,” Moles said. “It was a homegrown expertise, and then organically grew, leveraging some of the strengths of our company from other sectors, training them and getting them up to speed with solar construction.”

The group of independent construction companies that make up PCL operate in the U.S., Canada, the Caribbean and Australia. They operate in the civil infrastructure, heavy industrial and buildings markets. Together, these companies have an annual construction volume of more than $7.7 billion.

In Canada, Moles sees Alberta taking the baton from Ontario in terms of the volume of solar projects. He specifically highlighted Southern Alberta, “where the sun seems to shine over 300 days a year,” as well as Saskatchewan. He also singled out the expanses of flat land in these areas as ideal for solar construction.

One project PCL is working on is the Travers Solar Project eight kms southwest of the village of Lomond in Southern Alberta. The project will provide 692 MW of direct current and 465 MW of alternate current. Costing $700 million, it’s the largest solar facility to be built in Canada, requiring 750 workers to complete.

Moles calls it “impressive on a global scale, not just a Canadian scale.”

The project was originated by Calgary-based Greengate Power Corporation in 2017. In February 2020, Greengate signed a deal with Copenhagen Infrastructure Partners to develop it further. Prior to this deal, PCL had been assisting Greengate “pro bono” via expertise, budgeting and design layouts.

“It’s an exciting time for Canada, we’re seeing a country that is very diverse in how we generate our electricity,” Moles said.

“We’re seeing the country really lead the charge with a very challenging landscape being so widely spread with such a limited population and typically collected in very populated areas, but we’re seeing country wide just people getting behind this and really driving the industry forward.”

It’s not the only major solar project PCL is involved in.

Moles and PCL are not content to rest on their laurels, at least in terms of the volume of solar construction.

He mentioned the development of a team to focus solely on microgrid-style solutions to help individual companies hit their net-zero goals. There is also a progressive attitude toward solar technology at PCL, with Moles’ team of 16 engineers constantly on the lookout for better technology.

For example, a release mentions the company’s skill with battery energy storage systems, which store solar energy for later use such as during the night or an overcast day. Moles marvelled at the progress of solar technology, telling SustainableBiz when he started with PCL over a decade ago the panels were of similar size, but only generated around 90 watts. Today, they can generate north of 700 watts.

That is going to lead to a major burst of activity, he predicted.

“I don’t see solar slowing down, or fizzling out in Alberta for at least the next five to eight years,” Moles said.

Nicholas Sokic Energy PPA Edmonton Jul. 13 2022
Nicholas Sokic Business reporter
Nicholas Sokic is a freelance, Toronto-based journalist. He has covered a number of sectors, including business, finance, crypto, health, cannabis and culture. He graduated from Western University's Master of Media in Journalism and Communications program in 2019.