Canadian electrochemist Donald Sadoway has been honoured with a 2022 European Inventor Award by t... 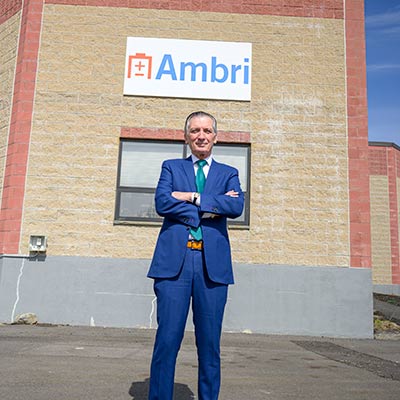 Canadian electrochemist Donald Sadoway has been honoured with a 2022 European Inventor Award by the European Patent Office (EPO) for his work developing liquid metal batteries designed to store renewable energy at scale.

Sadoway’s company says the batteries have a lifespan of more than 20 years, can maintain 99 per cent of their capacity over 5,000 charging cycles and have no fire risk, being designed to operate internally at up to 500°C.

“Battery was invented for massive stationary storage. The idea is to put (the liquid metal battery) in contact with things like solar and wind, which are carbon free, but they’re intermittent,” Sadoway said.

“So what do we do when the sun doesn’t shine, the wind doesn’t blow? Somebody would say, ‘well, we have lithium-ion.’ Lithium-ion was invented for handheld devices. I think lithium-ion is even a bad fit with all electric vehicles . . . but when it comes to massive stationary storage, lithium-ion is completely stupid.”

Sadoway graduated from the University of Toronto with a bachelor’s in engineering science as well as a master’s degree and PhD in chemical metallurgy.

In 2005 and 2006, Sadoway, now a professor at MIT, began designing his liquid metal battery technology at his GroupSadoway lab at the university. At its peak, the lab research group numbered 20 people. He wanted batteries with very high capacity, in the “tens of hundreds of megawatt hours.”

“By enabling the large-scale storage of renewable energy, Donald Sadoway’s invention is a huge step toward the deployment of carbon-free electricity generation,” said António Campinos, the EPO president, in a statement on the award.

The batteries are made up of three layers. The top and bottom are molten metals and the middle layer is molten liquid salt. Additionally, its cells are comprised of electrode materials that cost a third of those in typical lithium-ion cells, at $17 per KWh.

This also applies to the production costs, which according to the website for the battery company Ambri — formed to manufacture Sadoway’s technology — have only a third to one half the capital expense per MWh of production compared to lithium-ion.

The commercial battery cells were developed in 2019 and 2020 and are being produced at Ambri’s 40,000-square-foot facility in Marlborough, Mass.

While Sadoway primarily referenced the battery usage in relation to solar and wind power, he also discussed how they could be used to manage electricity capacity more generally — particularly as Canada’s electricity usage increases in the face of its net-zero goals.

“You can have these liquid metal batteries giving you the added power that you need during super high demand and that would avoid the need to install new transmission and distribution lines,” Sadoway explained. “Because at some point, the demand for electricity is going to exceed the capacity of the power lines.

“It’s not that we don’t have the generation, you just can’t transmit the stuff.”

In 2009, Microsoft co-founder Bill Gates met with Sadoway after watching his freshman chemistry lectures online. Gates then offered funding for a startup based on liquid metal battery technology.

With that and funding from the French energy company Total SE, Ambri was born.

“He stayed with us all the way. We had some ups and downs trying to upscale and build this thing . . . and some of the investors dropped out along the way,” Sadoway said. “We got some new investors now, but Bill has been with us the entire time.”

Since its founding, Ambri has raised over $200 million in equity. The company plans on using the cells for trial products followed by early commercial products in 2023. By 2024, Ambri expects the Marlborough facility to produce multiple gigawatt-hours worth of systems.

The company will soon install a unit for a “power-hungry” data centre in Nevada. This battery will store energy from a reported 500 MW of on-site renewable generation, the same output as a natural gas power plant.

“It’s a tiny set of potential initial customers,” Sadoway said. “Those people will reach out because they’re looking for storage solutions.”

There are other clients in the pipeline, although Sadoway couldn’t disclose details at this time. He told SustainableBiz he’s hoping to have more public information by the end of the summer, and that “you’d be shocked at who the customers are.”

“We just don’t want to prematurely release (the systems) to customer hands . . . because when you’re launching the first of its kind, you can’t afford to have some kind of a hiccup. It’s got to work, otherwise, it could damage the reputation of the technology,” Sadoway said.

“We’ll have customers that can can attest to the fact that, ‘Yeah, this thing is the real deal. This thing really works, blows the doors off lithium-ion and we can endorse this product.’ “

Nicholas Sokic Transportation Li-Metal International Jun. 2 2022
Nicholas Sokic Business reporter
Nicholas Sokic is a freelance, Toronto-based journalist. He has covered a number of sectors, including business, finance, crypto, health, cannabis and culture. He graduated from Western University's Master of Media in Journalism and Communications program in 2019.