Financial cooperative Vancity has publicly disclosed the GHG emissions of its loans and investmen... 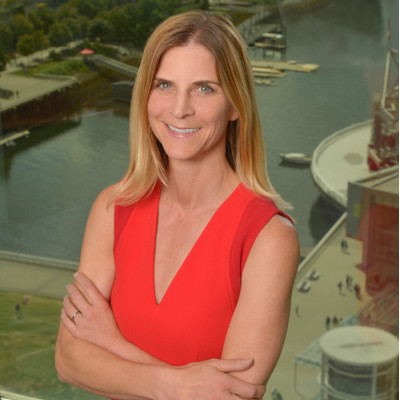 Financial cooperative Vancity has publicly disclosed the GHG emissions of its loans and investment portfolios in its first step toward a 2040 net-zero strategy.

Christine Bergeron, Vancity president and CEO, said the disclosure enables the organization to have a better understanding of its environmental impact and lays the groundwork for setting interim targets for 2025.

“The reason to disclose it publicly first as a member-based organization, as a credit union, we did disclose this in our annual report because it’s important for us for our members to understand what we’re doing. And we think the public broadly, it will help them assess whether a financial institution is truly acting to address the climate crisis,” she said.

“I think there’s an opportunity for self-learning so that a financial institution can really identify where in their portfolios they’re most exposed and then ultimately financial institutions need to learn from each other — see what’s working, really avoid dead ends and not reinvent the wheel.

“There’s a lot of work to be done. The more that we can do to be part of that solution through disclosure, that’s something that’s important to us.”

This is the first year Vancity has measured the emissions related to its activities.

Vancity calls itself a “values-based financial co-operative” with more than 550,000 member-owners, with offices and 55 branches located in Metro Vancouver, the Fraser Valley, Victoria, Squamish and Alert Bay, within the territories of the Coast Salish and Kwakwaka’wakw people. With $30.5 billion in assets plus assets under administration, Vancity is Canada’s largest community credit union.

In the public disclosure of its financed greenhouse gas emissions, Vancity applied the methodology from the Partnership for Carbon Accounting Financials (PCAF). The company said the disclosure enables a greater understanding of its environmental impact within the framework of the Paris Agreement and lays the initial groundwork for setting its 2025 interim climate targets.

This accounting allows Vancity to generate the foundational data needed to set its roadmap to net-zero, it added.

Bergeron said it took the organization some time to acquire the data required for the PCAF methodology and Vancity will be doing this on an annual basis.

“For us it’s to start to be able to demonstrate where we’re making progress and where we need to keep working. I think being able to know your baseline gives you a really great opportunity for thinking about solutions. And again the public disclosure element it’s the same reasons really: Annually to be able to see the progress or to see where things aren’t progressing and to be held to account,” she said.

“It really can’t be business as usual. The climate crisis is here and so for us we think it requires an urgent system-wide response. Financial institutions, banks and credit unions control trillions of dollars, so we have an enormous impact on the direction of the economy. We made our climate commitment earlier this year. We’ve always had environmental sustainability as one of our key pillars of our work and really think that credible accounting and disclosure is at the heart of the shift that’s going to be needed in business. Financial institutions need to understand the overall climate impact and the risk they face in order to actually shift the business and to find the solutions needed.”

Bergeron said Vancity does not finance fossil fuels or anything from the oil and gas industry. It is something that has historically not been done. Now that the organization has this data it is looking not so much at financing, but at how it can find solutions that have less of an environmental impact.

She said the organization announced in January it wants to reach net-zero on its loan portfolio by 2040.

“For a financial institution, what we finance is ultimately what’s creating the emissions, so we’re trying to drop that to net-zero for 2040.”

Vancity said key findings from the disclosure include:

– financed emissions from Vancity’s lending, as currently calculated, are 36 times more than its operational emissions. A Climate Disclosure Project report estimates the average difference between lending and operations across the banking sector is closer to 700 times;

– most emissions attributed to residential mortgages are generated by single detached homes and are related to natural gas usage;

– a significant source of emissions generated from Vancity’s general business loans is related to the construction and renovation of buildings, a sector with around 10 times the emissions of any other sector supported by the credit union.

In April 2021, Vancity became the first, and so far only, Canadian financial institution to join the Net-Zero Banking Alliance.

Canada underestimates challenge of getting to net zero: Advocate

Mario Toneguzzi Energy Sustainability National May. 18 2021
M
Mario Toneguzzi Business reporter
Mario Toneguzzi, based in Calgary has 37 years of experience as a daily newspaper writer, columnist and editor. He worked for 35 years at the Calgary Herald covering sports, crime, politics, health, city and breaking news, and business. For 12 years as a business writer, his main beats were commercial and residential real estate, retail, small business and general economic news. He nows works on his own as a freelance writer and consultant in communications and media relations/training.