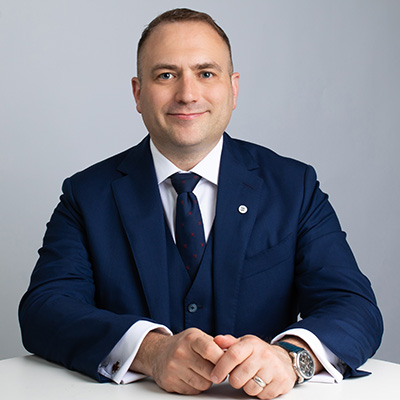 Breakthrough was created in 2015 by Gates and a group of investors. It is comprised of investment funds, nonprofit and philanthropic programs and policy efforts all aimed at achieving a path to net-zero.

It hopes to accomplish this via “development of new net-zero energy technologies, championing policies that speed innovation from lab to market, and bringing together governments, research institutions, private companies, and investors to expand and enhance clean-energy investment,” according to its website.

The Catalyst initiative was launched six months ago as a financial model to bring the public and private sectors together to scale energy transition technologies.

BMO will commit the $50 million over five years to as-yet-unnamed projects as a scaling partner. It will also provide extensive project finance capabilities and the expertise of its Energy Transition Group, which was established in 2021 along with the BMO Climate Institute.

According to Jonathan Hackett, BMO’s head of sustainable finance and the co-head of the Energy Transition Group, the bank got involved with Breakthrough as a result of its work with the World Economic Forum in 2021.

“There was just a fantastic alignment, I think, between the goals of their organization and the strategy being taken to address our pledge towards net-zero and our commitment on climate change,” said Hackett.

He called it a “point of pride” to be the first Canadian company to join the initiative.

Hackett wouldn’t disclose any of the projects being considered for funding, nor any anticipated timelines for completion. But he said “sustainable aviation fuel, green hydrogen, direct air capture and long-duration energy storage,” are sectors the BMO team focuses on, and Catalyst has singled out as well.

“We’re not in this to be a passive participant,” he said. Decarbonization of the economy will take much more than the four areas of technology Hackett initially singled out, so he’s “sure there’s another horizon of technologies we’ll look at” in continuing the Breakthrough partnership.

“The products and industries we hope to scale through Catalyst require a truly global effort. Our new partners help accomplish that with HSBC’s deep knowledge of the Asia Pacific market and BMO’s experience in the North American market,” said Jonah Goldman, the managing director of Breakthrough Energy in a statement. “We are also grateful to partner with Builders Vision and its innovative approach to using philanthropic resources to create the market environment for zero-carbon solutions to flourish.”

It is a partnership with the Canadian government under Natural Resources Canada’s Energy Innovation Program for the development of clean energy technologies in the electricity, transportation, building and manufacturing sectors. Ten winners were chosen from 22 finalists to receive part of $40 million in total investments.

BMO says it has been carbon neutral in its own operations since 2010. Last year, the bank announced its ‘Climate Ambition’ commitment to deploying $300 billion in sustainable lending and underwriting to companies pursuing sustainable outcomes by 2025.

Satellites to aid sustainability efforts as part of gov’t program