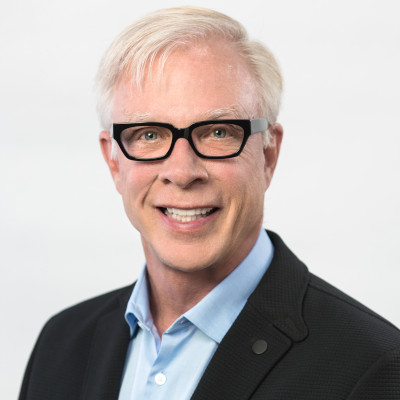 Calgary-based Radicle, Canada’s largest developer of compliance-grade carbon credits, has experienced phenomenal growth in recent years, but that is just the beginning its CEO says.

Radicle has ambitious plans to expand its global footprint.

CEO Ed Alfke told SustainableBiz.ca in an interview the company employs 85 people, but he expects it to grow to at least 500 over the next few years.

“We’re already in the U.S. and Brazil and we’re acquiring a company in another country this year, so we’ll be in four countries by the end of the year,” Alfke said. “It’s actually going to go beyond that (500) to be honest with you, but we’re in the middle of a big financing raise with Citibank, so I’m very limited in what I can say.

“This raise will be completely transformative for Radicle. As far as we know we’re the highest-growth company in this space — 2,000-odd per cent growth. That would be over the last four or five years.

“We’re at a major inflection point. Technology companies hit a certain point and then at that point your tech is widely distributed, trusted by majors. We have Fortune 100 clients and by your time in the market and the depth of your management, you can see where your company should go and how you should go there.

“That inflection point has been hit. So Radicle’s growth acceleration is going to be quite extraordinary from here on in. Much bigger than in the past.”

Radicle was established in 2008. It is a tech- and data-driven emissions reduction company and the leading creator of carbon offsets in the Canadian market. It plans to enter new markets around the world to help organizations monetize their environmental, social and corporate governance (ESG) efforts.

Additional investment such as the recent undisclosed amount from TELUS Ventures, Canada’s most active corporate venture capital fund, will also support further development and updates to Radicle’s proprietary software to ensure alignment with emerging reporting requirements being demanded by regulators, clients and their supply chains.

“The carbon markets are not widely known except in B2B and industries,” said Alfke. “Basically we measure, report, verify and monetize environmental data.”

The trade in carbon credits

He said Radicle’s software platform has been continually upgraded and expanded during the past decade, noting it remains a “leading tech company” in quantifying and reducing carbon emissions.

“You have companies that are still polluting and they need to reduce their carbon footprint. What they do is, they hire third parties to plant trees, sink carbon in soil, install solar and so on.

“Those people get paid for a green attribute, and the buyer of that green attribute – called a carbon credit – is the people who are reducing their footprint one of two ways; either through regulations with governments like Alberta and California and 60 other markets in the world, or voluntarily where they want to do the right thing to get their carbon footprint down.

He called the process the “transition stage to net zero.”

As of early September, Radicle marketing material says the firm had worked with more than 3,000 clients, generating $100 million in value through carbon credits, and leading to the removal of six million tonnes of carbon dioxide from the atmosphere. It has traded over $370 million in environmental commodities.

Alfke got involved through a chance meeting a few years ago at a business breakfast in Airdrie, Alberta, where he met company founder and board member Alastair Handley. Alfke said he and Handley talked about the company, which at that time was struggling.

“I got intrigued by the carbon markets and I really enjoyed Alastair’s personality and I saw his innate abilities,” Alfke said. “So we combined business case and experience with technology and away it went.”

He describes Handley as a tech genius, who had been a lead developer for WestJet in its early years. Handley developed the Radicle software and platform.

Handley has an extensive background in sustainability and tech-related firms. He’s a board advisor with smart coatings firm Nanophyll Inc., the former president of sustainability advisory firm Cap-On Energy, and has also held positions with several other companies and organizations in the sector.

Alfke is an entrepreneur – “I’m good at growth, that’s my only trick” – who has been involved with businesses in a variety of sectors during his three-decade career. His most successful venture was Rent-a-Wreck in the 1980s, he said.

“I move where I find a nascent technology or a company to buy, or do a startup, and then I build it and at some point, I move on.”

In addition to its own technology, Radicle also invests in emerging firms in the sustainability sector. This spring, it invested in Canary Biofuels Inc., a “new generation biofuels production company” in Southern Alberta. Canary uses agricultural waste to produce biodiesel.

“Our goal is to align our interests with those of our partners to make better strategic decisions that enhance environmental performance, reduce regulatory risks, and optimize long-term value steams,” said Radicle president Saj Shapiro when the partnership was announced.

Mario Toneguzzi Energy Hydrogen National Oct. 14 2021
M
Mario Toneguzzi Business reporter
Mario Toneguzzi, based in Calgary has 37 years of experience as a daily newspaper writer, columnist and editor. He worked for 35 years at the Calgary Herald covering sports, crime, politics, health, city and breaking news, and business. For 12 years as a business writer, his main beats were commercial and residential real estate, retail, small business and general economic news. He nows works on his own as a freelance writer and consultant in communications and media relations/training.