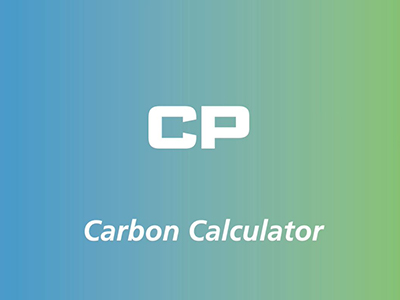 Canadian Pacific Railway Ltd. has launched a web-based carbon emissions calculator companies can use to estimate the greenhouse gas (GHG) emissions incurred from shipping freight via the CP rail network.

Users are able to determine the lowest carbon-emitting form of transportation, as well as examine an overview of life-cycle emissions from logistics services and a comparison of CP’s (CP-T) rail services to long-haul trucking alternatives.

“CP is committed to operating sustainably and being part of the solution in the transition to a less carbon intensive economy in North America,” Keith Creel, CP’s president and CEO, said in a statement.

“We are pleased to provide customers with a tool that allows them to better understand the carbon footprint associated with their shipping options and make informed choices that benefit the environment.”

The tool does not include interchanges to or from other North American rail networks.

According to CP’s website, the methodology, assumptions and calculations provided by the tool have not been independently verified.

Incorporated in 1881 and headquartered in Calgary, the transcontinental railroad’s network encompasses 14,700 miles of track in six Canadian provinces and 13 U.S. states. It has approximately 16,100 employees.

The CP calculator lets users choose the size, weight and frequency of shipments, along with specific destinations for the freight.

Direct emissions are estimated by using the amount and type of goods to be moved, conversion factors to transform this weight into the number of railcars and trucks needed, the origin and destination of the movement and GHG emission factors for truck and rail.

Indirect emissions are calculated as a proportion of total estimated direct fuel combustion emissions. These proportions are based on GHG emissions life-cycle analysis model results from GHGenius — a free-to-download model with a primary focus on transportation fuels in Canada.

The calculator makes a number of assumptions – including that truck (long-haul or otherwise), rail and drayage distances reflect the shortest route available based on data from mapping tools. Drayage refers to transportation from an ocean port, or inland rail ramp, by truck to their next destination in the supply chain.

A North American-specific diesel fuel mixture is used in the calculations.

A video released by CP about the calculator states moving goods by rail is four times more fuel efficient than via truck.

For example, the video states if a company shipped intermodal commodities (freight moved by two or more means of transportation) weighing 280 U.S. tons weekly between Vancouver and Chicago, moving it by rail would reduce GHG emissions 72 per cent compared to highway truck transportation.

According to the calculator, the CP rail shipment would be equivalent to 2.3 million truck miles travelled, and would remove 1,040 trucks from highways for a total of 2,630 tonnes of GHG emissions avoided annually.

In 2021, CP set two 2030 goals validated by the Science-Based Targets Initiative. In its locomotive operations, it aims to reduce its well-to-wheel GHG emissions, measured in grams per revenue ton-mile — or revenue per volume of freight transported — by 38.3 per cent.

Aside from its trains, the company is working to reduce absolute Scope 1 and 2 emissions by 27.5 per cent.

Electra and the future of Canada’s battery supply chain