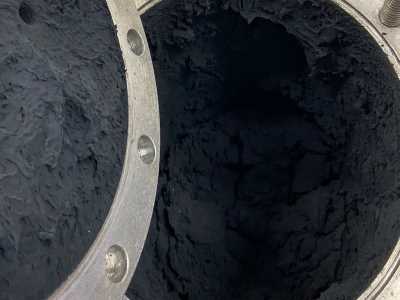 HydroGraph Clean Power Inc., a Vancouver-based materials manufacturer, has opened a plant in Kansas to produce graphene, a substance that can be used in low-carbon applications while being produced in a sustainable manner.

Graphene is a carbon-based nanomaterial believed to be the thinnest known two-dimensional material. Acclaimed as a “wonder material” by the industry and having earned its discoverers a Nobel Prize in chemistry, it is 200 times stronger than steel, bends and stretches to 120 per cent of its original size and is 1,000 times more electrically conductive than copper, according to HydroGraph.

These properties have caught the attention of scientists, engineers and sustainability-focused entrepreneurs who have noticed its potential. It can act as a membrane to filter carbon dioxide out of emissions, function as a material for lightweight and flexible solar panels, build fast charging batteries for electric vehicles and develop more robust building materials.

One paper from Monash University states even the tiniest addition of graphene to concrete – 0.01 per cent to 0.05 per cent of the weight of the Portland cement – could enhance compressive/tensile strength by over 80 per cent, offer a 500 per cent improvement in water penetration resistance, and provide smart properties such as self-sensing and thermal efficiency.

The authors of the paper cite research that suggests the production of one kilogram of graphene nanoplatelets results in 0.17 kg of carbon dioxide, compared with 0.86 kg CO2 for Portland cement. With concrete responsible for five to eight per cent of global carbon emissions, graphene could significantly reduce the footprint of the built environment as countries continue to consume enormous amount of concrete.

But HydroGraph says traditional mass graphene manufacturing uses mined graphite, which is energy-intensive and expensive, while resulting in an inferior product with impurities. With its Kansas plant, in the community of Manhattan near Kansas State University, the company seeks to produce graphene with its Hyperion detonation process.

It works by first taking in acetylene (an unsaturated hydrocarbon) and oxygen and subjecting it to a detonation chamber. The chamber is ignited with a mere spark and produces synthetic graphene it claims to be 99.8 per cent pure graphene powder.

The process produces standard fractal graphene, an additive super-material used to enhance strength, water resistance, flexibility and electrical conductivity; and reactive graphene, a proprietary material of HydroGraph that carries a reactive shell that enables it to chemically combine with other products.

The Manhattan location was picked because of HydroGraph’s relationship with Kansas State University, the institution which created the intellectual property.

The Hyperion platform is said to occupy approximately 3.5 square feet per kilogram per hour. The small footprint leads both to a more compact factory and allows the factories to be placed near “feedstock” sources that provide the oxygen and acetylene – reducing the need for transportation.

Unlike other graphene production methods, HydroGraph says the Hyperion detonation process does not use chemicals or solvents, meaning it produces no greenhouse gas emissions. It is also claimed to be highly energy efficient, as it only requires a spark to set off the process.

Jara said the company’s process “consumes the least energy per kilogram of graphene produced among all other production methods as far as we know.”

Currently, the company’s graphene plant can produce 60,000 kgs per year according to Jara. He said HydroGraph makes sales into sectors like biosensors and focuses on lubricants, coatings and resins, but cannot divulge further details due to non-disclosure agreements.

The future of graphene

HydroGraph’s interest in sustainability as stemming from a firm belief that industries like materials, chemicals and energy must make the transition from “dirty technology” to innovative ones that do not harm the environment, he said.

The founders of HydroGraph pivoted from exploring the properties of graphene into formulating ways for an environmentally-friendly process to produce it.

The company’s efforts to expand graphene production are a pioneering step. Graphene remains largely underutilized due to its cost, which Jara attributed to inconsistent quality, cost-ineffective production and the challenge of integrating graphene into other materials.

He likened the state of graphene to aluminum in its early years, recalling the challenge to reach mainstream acceptance.

Recounting skepticism from people about when graphene would be accepted, Jara said, “You know, we’re always asked, ‘If graphene is such a wonder material how come 14 year later, it hasn’t really taken off?’ and I do go back to those three things: consistent quality, cost, and applications. And we feel we’ve solved two of that, which lets us solve the third.”

HydroGraph seeks to make the Hyperion method openly available, Jara said, highlighting its compact size and modularity. “We’re not keeping it quiet. Anybody who wants it, we’re ready to put it on site.”

In addition to the sustainable applications for graphene, Jara listed the use of carbon fibre to build containers to move clean fuels like hydrogen around efficiently on a national scale and developing wind energy turbines that are wider and stronger to capture more energy.

Nicholas Sokic Real Estate Nexii British Columbia Jul. 13 2022
Tyler Choi Business editor, Sustainable Biz Canada
Tyler Choi is a journalist based in the Toronto area. He has covered a wide range of sectors ranging from science and technology, the environment, business, government policy and crime, to finance. Among the many people he has interviewed, his favourite was an Ig Nobel Prize winner.