Mayfair Gold, a Matheson, Ont.-based gold mine operator, is seeking to remedy its contribution to... 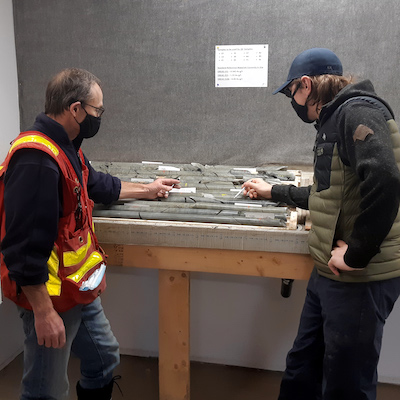 Mayfair Gold, a Matheson, Ont.-based gold mine operator, is seeking to remedy its contribution to climate change with the completion of what it claims is Canada’s first carbon-neutral gold mine.

In May, Mayfair announced it purchased carbon emission offsets for mining activities made in 2021 for its Fenn-Gib project east of Timmins, a city in Northern Ontario. Mayfair enlisted Toronto-based carbon management and accounting company Carbonzero to measure its greenhouse gas emissions and develop an offset strategy.

Carbonzero determined the Fenn-Gib mine emitted the equivalent of 738 tonnes of carbon dioxide in 2021, covering its Scope 1 and 2 emissions, and most of its material Scope 3 emissions. Most of the emissions were related to Mayfair’s exploratory activities; it drilled a total of 54,741 metres in 89 holes.

Fenn-Gibb is Mayfair Gold’s first and only current project.

The cost to offset each tonne of CO2 was $20, according to Mayfair Gold CEO Patrick Evans. He told SustainableBiz in an email exchange Carbonzero was chosen because it has an “excellent” reputation for accurate assessments and reporting.

Gold and the climate

Fenn-Gib is an open-pit gold mine with an 80,000-metre infill and holding an estimate of 2.08 million ounces of gold, according to the company. Evans said Mayfair expects that deposit to actually provide about three million ounces and produce over 200,000 ounces per year for more than 10 years.

Canada is a major figure in gold mining, with it being the country’s most valuable mined commodity at $12.3 billion in 2020, according to National Resources Canada (NRCan).

Though gold sparkles and dazzles, its environmental impact is anything but spotless. On average, extracting an ounce of gold from mines emits the equivalent of 0.8 tonnes of carbon dioxide, according to S&P Global. The overall mining sector is a notable player in driving climate change, with McKinsey Sustainable estimating four to seven per cent of global greenhouse gas emissions originate from mines.

It is a hurdle Evans is well aware of, and one he seeks to minimize.

“Global warming is an existential threat to humanity. Unless everyone does what they’re able to, the future of mankind is at risk,” he wrote. “The global mining industry is a relatively small contributor to greenhouse gases – only about three per cent, but nonetheless an industry that can make an important contribution.”

Evans said Mayfair Gold decided from “day one” to strive for net-zero at Fenn-Gib.

“This lays the foundation for us to design a sustainable net-zero gold mine, which will protect the interest of all our stakeholders, including our shareholders,” he added.

Evans has 23 years of experience in multiple commodities, management of exploration and development projects, and operating mines. His interest in environmental sustainability, he wrote, was sparked from his time as a student in South Africa in the 1970s when he studied environmental resource management.

The gold mining industry is taking note of its climate contribution and investing considerable sums to reduce the impact.

Newmont, the world’s largest gold major, announced in November 2021 it would invest $500 million in renewable energy projects. Canada’s Barrick Gold pledged to reach net-zero emissions by 2050 while raising its greenhouse gas emissions reduction target from 10 per cent to 30 per cent in April 2021.

Karora Resources, a Canadian gold mine operator with two mines in Australia, announced in 2021 it reached carbon neutrality through carbon offset credit purchases.

Evans said Mayfair Gold is proud to be the first Canadian gold mine operator to claim carbon neutrality, stating, “our small company is a leader in this field.”

While he admits gold is not a particularly essential mined commodity, he said it places a special responsibility on gold miners to strive for net-zero at their operations.

“If they fail to perform to the expectations of stakeholders, there could be growing pressure for them to stop mining altogether. As global warming accelerated, it will be very difficult if not impossible for gold miners to access capital at reasonable costs. By leading the way to net-zero, Mayfair is protecting the interests of our employees, contractors and shareholders,” he concluded.

Nicholas Sokic Carbon Carbon Credits International Jun. 3 2022
Tyler Choi Business editor, Sustainable Biz Canada
Tyler Choi is a journalist based in the Toronto area. He has covered a wide range of sectors ranging from science and technology, the environment, business, government policy and crime, to finance. Among the many people he has interviewed, his favourite was an Ig Nobel Prize winner.