Next Hydrogen selected for Black and Veatch tech accelerator

Next Hydrogen Solutions Inc. has been selected by Black and Veatch to participate in its IgniteX... 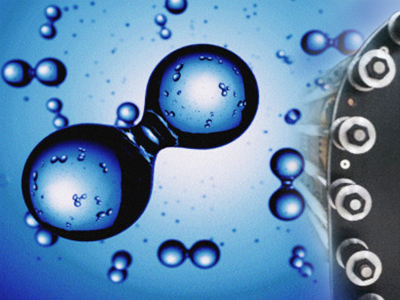 Next Hydrogen Solutions Inc. has been selected by Black and Veatch to participate in its IgniteX Climate Tech Accelerator program.

The program will allow Next Hydrogen, a designer of hydrogen electrolyzers, to collaborate with B&V in producing green hydrogen for industrial uses such as ammonia, steel and cement, and transportation applications such as heavy mobility and off-highway fleets.

IgniteX is a 12-week virtual program during which the winning company partners with B&V to develop and market its new technology. Start-ups are able to access mentorship, access to B&V’s network, investor introductions and up to $50,000 in funding.

“Basically what we do is we take electricity to break the water molecule into hydrogen and oxygen and then that hydrogen can be used for various applications, like transportation applications, but also industrial applications that cannot be electrified, like ammonia, cement, steel, those types of facilities,” said Raveel Afzaal, the president and CEO of Next Hydrogen. “Then it can be used to decarbonize forklifts that are looking to move over from lead acid batteries, or even heavy mobility trucks.”

The B&V, Next Hydrogen partnership

The B&V partnership will help facilitate the scale needed for some of the technology’s industrial applications. Afzaal compared Next’s collaboration to how solar companies “got in the game” via partnerships with engineering, procurement and consulting companies like B&V.

What that means in practice is taking Next’s one-, two- and three-megawatt product line and working with B&V to produce a 20-megawatt solution.

Afzaal said B&V was attracted to Next because of its unique approach to green hydrogen via 38 patented technologies.

“What we’re bringing to the marketplace is the first revolution in cell design architecture for alkaline electrolyzers since the 1950s, to my knowledge,” Afzaal said. “One of the features of our of our unique electrolyzer design is that it enables high-current-density operations and if you can operate at high current densities, that basically means you’re using less materials to produce the same amount of hydrogen as everyone else.”

Scaling up Next Hydrogen’s technology

With its goal of scaling-up green hydrogen to the level of solar power, Afzaal also hopes the two companies’ relationship isn’t limited to the 12 weeks of the program and, instead, spans decades. Down the line, the ideal future for the partnership includes a 100-megawatt solution, he said.

The biggest selling point for green hydrogen, according to Afzaal, is 80 per cent of its cost comes from renewable electricity pricing.

“You’ve seen what’s happening with renewable electricity pricing. Back in the 1990s, it was about 15 cents to 20 cents, and now it’s coming down to two to four cents,” Afzaal said. “So, as 80 per cent of the input cost to produce green hydrogen continues to come down, it’s going to become more and more economically competitive with other fuel sources.”

Despite promising developments on the pricing front, he stresses hydrogen will only be part of the overall green solution, comparing it to a “surgical tool” for decarbonizing and electrifying certain industries.

Alongside Next Hydrogen, seven other companies were chosen from over 100 which applied to be part of the program:

– Carbon Upcycling Technologies of Calgary converts CO2 into additives to enable the production of low-carbon concrete.

– Circ of Danville, Virginia “returns clothes to the materials from which they were made.”

– Twelve, based at Stanford University, aims to transform CO2 into fuels, materials and chemicals.

Black & Veatch is an employee-owned global engineering, procurement, consulting and construction company founded in 1915. In 2020, the Kansas-based firm reported revenues of almost $3.8 billion.

Mario Toneguzzi Energy Hydrogen National Oct. 14 2021
Nicholas Sokic Business reporter
Nicholas Sokic is a freelance, Toronto-based journalist. He has covered a number of sectors, including business, finance, crypto, health, cannabis and culture. He graduated from Western University's Master of Media in Journalism and Communications program in 2019.