Canada can not afford to miss out on the potential of hydrogen as an energy source as it did with... 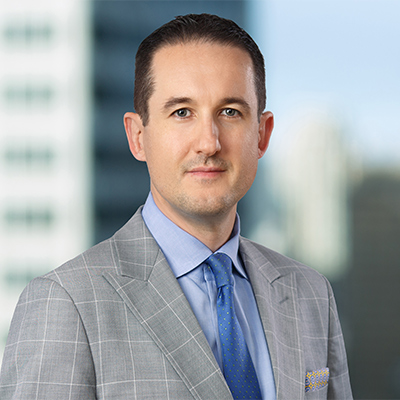 Canada can not afford to miss out on the potential of hydrogen as an energy source as it did with liquified natural gas (LNG), says one of the authors of a new report on Canada’s hydrogen future.

Lance Mortlock, EY Canada energy leader, says Canada had an opportunity 10 years ago to move toward LNG as a transition fuel, but failed to do so.

“We could have had an industry that had much greater scale, but for whatever reason we chose not to.” Instead, countries like Australia stepped up in the LNG space.

“If we don’t seize the window others will,” he says. “Let’s not repeat that again with hydrogen.”

The report, Canada’s hydrogen future – risks and rewards, notes hydrogen currently makes up less than one per cent of Canadian energy demand but it is projected to reach 27 per cent by 2050.

If those estimates are achieved, hydrogen could reduce Canadian greenhouse gas (GHG) emissions by as much as 26 per cent. The report also says Canadian annual market potential could reach $100 billion and create up to 350,000 jobs.

“Hydrogen has tremendous potential in decarbonizing the economy, particularly through upstream and downstream transformation,” the report notes.

Canada in position to be hydrogen leader

The EY Canada report was written in collaboration with the non-profit Canadian Energy and Climate Nexus, which focuses on the effective development of all-inclusive energy systems.

Mortlock says the conversation around hydrogen has progressed significantly in the past few years as government and industry seek ways to reduce GHG emissions in the face of climate change. The aim was to create a report on hydrogen that was balanced and “to be the first Big-Four (consulting firm) to do that.”

Canada is well-placed to be a leader in hydrogen if the country chooses, given our technical expertise, labour, natural resources, companies, partnerships and infrastructure.

Currently, an estimated three million tonnes of hydrogen are produced in Canada, which makes the country a top-10 producer globally.

“Canadian companies are already exporting goods and services related to hydrogen and fuel cell technology. We just need to take it a lot further.”

Mortlock says there is a significant export opportunity as countries like Germany, France, Italy, UK., Japan, South Korea are looking for sources of hydrogen.

However, “there are a number of barriers that we need to overcome,” to reach that potential.

“Canada is still heavily reliant on carbon-based fuels, and we would need to rapidly scale renewable production to fully benefit from hydrogen GHG reductions,” he says. This will require significant innovation in different technologies, including carbon sequestration.

In addition, he notes connecting hydrogen production to downstream applications is not easy.

“There’s a lack of infrastructure suitable for transport and to store hydrogen from production sites to end users. The other thing is trucking compressed gas at a cryogenic liquid state is expensive and it’s dangerous. We have to overcome some of these things.”

While the U.S. recently dedicated about $11 billion for the hydrogen industry in its new infrastructure bill, Mortlock says he has not seen that level of commitment and support in Canada. However, “that doesn’t mean it’s not going to come.”

He notes the Alberta government has released a hydrogen roadmap and several other provincial governments are also exploring its potential.

“The trick is, how do we move from talking to action? From explaining the benefits and opportunities to driving real, meaningful investment. That’s kind of where we need to get to.”

Finding international customers will be key and generating demand for new market applications for hydrogen is an important step, he says. Keeping retail prices down to bring hydrogen into the market at competitive prices will also be key for adoption.

Hydrogen “a new source of energy”

“This is a new source of energy and that does not happen overnight,” Mortlock says.

Hydrogen is predominantly used as an industrial feedstock for refining petroleum and processing foods, fertilizer, fuel, materials and chemicals. It’s also used in the production of ammonia and vehicle fuel cells.

But the report notes there is increased potential for hydrogen use in vehicle fuel cells. Already Honda, Hyundai and Toyota have begun production of hydrogen vehicles for markets with access to hydrogen fuelling stations.

Hydrogen is a potential substitute for diesel fuel in the transportation and mining sectors and in some gasoline-powered vehicles, specifically municipal fleets and taxis. It can also be used as a natural gas replacement for residential and industrial heating.

Mortlock says as countries around the world forge ahead with decarbonization, there is a tremendous opportunity to be a global leader in hydrogen production, distribution and market use, while aiding our own domestic climate change targets and reducing GHG emissions.

“But by not acting now we do face the risk of losing the competitive advantage on the world stage.”

Mario Toneguzzi Energy Hydrogen National Oct. 14 2021
D
Danny Kucharsky Business reporter
Danny is a multiple award-winning journalist based in Montreal, who has written for about 75 magazines and newspapers in Canada and the U.S. His credits include The Globe and Mail, Montreal Gazette, Maclean's, Chicago Tribune and a wide variety of business, specialized trade and medical magazines. Danny was also the Montreal correspondent for Marketing Magazine for several years.