Phyto Organix Foods Inc. has executed a letter of intent toward the purchase of 15 acres in Strat... 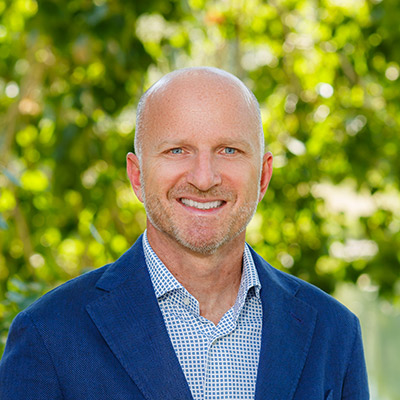 Phyto Organix Foods Inc. has executed a letter of intent toward the purchase of 15 acres in Strathmore, Alta., the future site of what the company plans to be North America’s first net-zero plant protein processing facility.

Aiming to be operational by mid-2024, the $225 million, 100,000 square foot facility will use proprietary wet fractionation technology to annually process 40,000 metric tonnes of yellow peas into soluble and insoluble protein isolates, specifically G85 globulin (a meat alternative) and A85 albumin (a dairy alternative). The plant will also process fibre, starch and dietary pea hull fibre.

The idea for the project first came to light in February, 2021, when the Calgary-based Phyto was founded.

“It was really at that point in time, just looking at the plant protein industry, and what has evolved to date, which was largely in the northern U.S. and Manitoba,” said Chris Theal, Phyto’s founder, president and CEO. “Here in Alberta we grow 40 per cent of the yellow peas in Canada, and (we have) really no representation in the protein isolate, wet fractionation market, so that was really the genesis of where it came from.”

According to a release, the plant will contribute over $120 million to Alberta’s GDP and construction will employ 300. The plant’s operations alone will employ 80 people.

To support engineering costs and equipment purchases, Phyto received $1 million over two years from the Canadian Agricultural Partnership. The partnership is a five-year, $3-billion commitment by Canada’s federal, provincial and territorial governments that supports Canada’s agriculture, agri-food and agri-products sectors.

Other funding will come from a balance of equity and commercial loans from a syndicate of banks.

Peas will be sourced directly from farmers within about 75 km of the plant. Annual crop production in this range is more than five times the plant’s future capacity. According to the company, nearly 20 per cent of Alberta’s total pea production is grown within 150 km of Strathmore.

Phyto has food safety and ESG requirements from the farmers, and in return it pays a premium per bushel.

From there, the peas are cleaned and dehulled before being put into a solution. With a change in pH and temperature, the peas solubilize, breaking down into protein, starch and fibre.

As Theal explains, those constituent parts then go through their own dewatering and drying cycles.

From the yellow pea, the result is a protein isolate that is 85 per cent pure. By contrast, the starch and fibre are 95 per cent pure. The process recovers 90 per cent of all protein in the pea and its byproducts.

“This process is unique in terms of there being no color in the protein, or (any) of the sensory issues that exist in the pea protein isolate world (like) an off smell and bitter taste, and there’s a distinct step in our process that takes the non-nutritional components out,” Theal said.

Once the protein and byproducts are processed they will be sold to businesses under the brand name Phyto Optimate. Phyto already has interest from customers, to use the proteins in their own products, in Canada, the U.S., China, South Korea and Japan.

Phyto is currently working on surveying and completing the permit work for the plant this summer, with aims to start construction by the fall.

Phyto will employ Mississauga-based Bird Construction, which has a Calgary branch, and the Australian design firm GHD Group to work on the plant. In 2018, GHD opened a North American headquarters in Waterloo, Ont. Phyto will also employ the Danish industrial equipment supplier SiccaDania A/S to help integrate the processing technology.

The net-zero designation comes from a GHG lifecycle assessment Phyto undertook during phase one of engineering. The plant will use natural gas for heating water and other processes like the drying. The key difference is that the company plans to recirculate the heat and recycle up to 75 per cent of the water.

“If you dug into the plants that have been built further east in Canada, what they do is they draw on the municipal water supply for the entirety of the process water,” Theal said. “Through the back end, other than letting that that residual water settle in a pond, it goes back to the municipal plants for treatment and also ultimately, recycling and or disposal of trace solids.”

Not sending the majority of the water back to municipal plants, he explains, avoids a significant amount of GHG emissions from the water treatment side.

When it comes to Scope 2 emissions, Phyto is looking at renewable power with what Theal calls “some really cogent opportunities.” For Scope three emissions he mentioned the plant’s proximity to the farms as a way to cut down on GHG emissions from trucking the peas back and forth.

While the completion of the facility won’t be for some time, there are already the beginnings of discussions on where to take the company next.

“When we start looking at what really is phase two for the company, it may be an expansion in Strathmore,” Theal said. “There’s certainly a lot of economic efficiency in that. But if there’s an opportunity to take our technologies somewhere else in Western Canada, for different feedstock, a different process, then we’ll evaluate that. Ultimately, it’s going to be sustainable return driven.”

Nicholas Sokic Waste Nano One British Columbia May. 9 2022
Nicholas Sokic Business reporter
Nicholas Sokic is a freelance, Toronto-based journalist. He has covered a number of sectors, including business, finance, crypto, health, cannabis and culture. He graduated from Western University's Master of Media in Journalism and Communications program in 2019.